Pakistanis marooned in Yemen’s Aden city to be evacuated via sea: FO 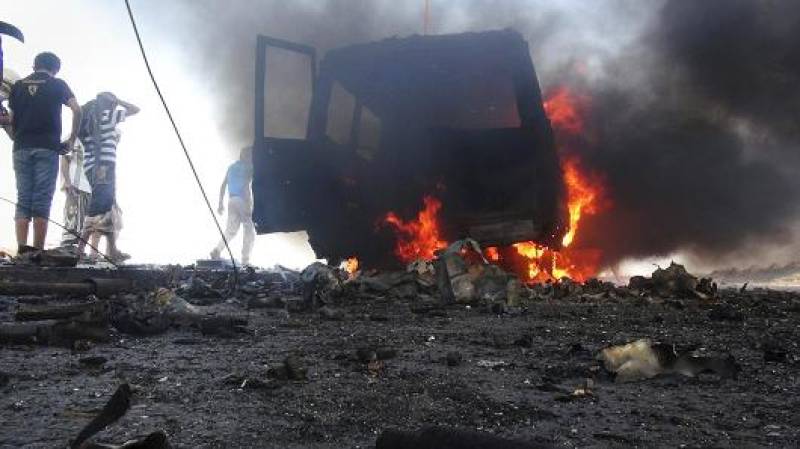 ISLAMABAD (WEB Desk) – Evacuation of Pakistanis stranded in Yemen’s troubled seaport city Aden using airplanes is quite unsafe, so arrangements are being made to safely evacuate them via sea, Pakistan’s Foreign Office said on Sunday.

Earlier the FO had said it was facing problems evacuating stranded citizens, with the main airports dysfunctional.

Reports said more than 500 Pakistanis are waiting to be rescued from Aden, while another 100 are travelling from the seaport city of Al Mukalla to Aden. They will be all evacuated via sea.

The Pakistan government has also been in contact with the Chinese and Saudi authorities to bring back the marooned Pakistanis back home.

Witnesses reported heavy clashes between the Houthis and mainly Sunni tribal fighters in the south of the country, while the air campaign sought to stall a fresh offensive by the Shi'ite Muslim group on Aden from the east.

Whereas a special PIA plane has taken off from Yemen for Pakistan with 504 stranded Pakistanis on board. The plane will touch down in Karachi at 9:35 PM.

Earlier on Sunday Irfan Shami, Pakistan’s ambassador to Yemen, told the state-run television that after escaping from the troubled Yemeni capital Sanaa, the convoy of 600 Pakistanis has reached Al-Hudaydah from where they will leave for Pakistan.

The convoy underwent security checks by the Yemeni armed forces and the Houthi rebels before it was permitted to exit Sanaa.

As many as 482 Pakistanis would be evacuated through the first flight, said Shami, adding boarding has started at Hudaydah.

According to latest media reports the plane is bring at least 504 marooned people back to Pakistan.

Prime Minister Nawaz Sharif was personally monitoring the evacuation and had directed the officials to ensure safe return of every citizen, said his spokesperson.

Earlier,  the Pakistan foreign office officials said all preparations have been made for safe return of Pakistanis stranded in Yemen.

“We are in constant contact with the Saudi authorities for safe return of our citizens,” Foregin Secretary Aizaz Ahmad Chaudhry told a news conference here.

According to him, a PIA plane was ready to take off for Pakistan on a go-ahead from the Yemeni authorities. A Navy ship will be leaving for Yemen on Sunday as well.

Of around 3,000 Pakistanis residing in Yemen, around 1,000 have been trying to come back to Pakistan, the foreign secretary told reporters, adding “safe evauation of our people is our priority”.

Aizaz Chaudhry informed that the convoy of stranded Pakistani was allowed to leave the Yemeni capital Sanaa checkpost and it will reach Al-Hadid in a few hours. ” They will be shifted to safer cities from where special PIA flights will be arranged to bring them home. Or they might be shifted to Oman if need arises.”

In a tweet, the Foreign Office said, “We are also in contact with all neighbouring countries of Yemen for evacuation of Pakistanis there without visa by any safe means.” .

“Pursuant to the directive of Prime Minister (Sharif), the government of Pakistan is making all necessary arrangements for immediate evacuation of Pakistani community members and embassy personnel from Yemen,” said a statement released by the FO.

Saudi Arabia and its Gulf allies launchedmilitary operations including air strikes in Yemen to counter Iran-backed forces besieging the southern city of Aden, where the US-supported Yemeni president had taken refuge.