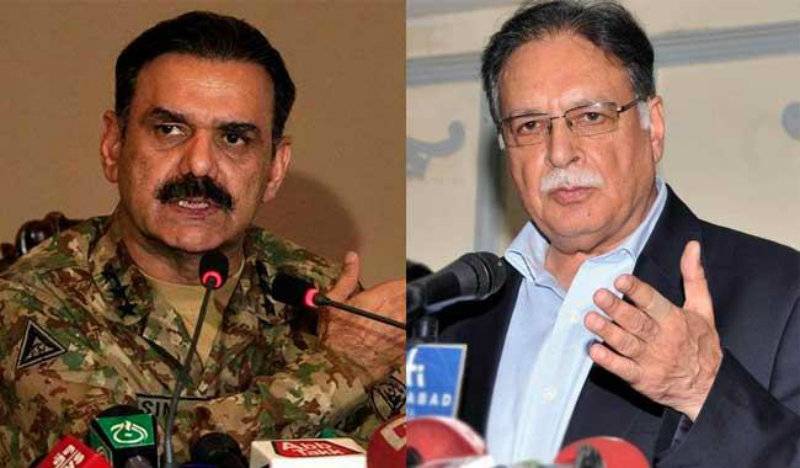 ISLAMABAD (Staff Report) - Pak-Army’s spokesperson Lt Gen Asim Bajwa on Tuesday released the video confession of an Indian spy and serving Navy Commander Kulbushan Yadav, in which he has admitted running a network of spies and insurgents in Balochistan and other provinces of Pakistan.

During a press briefing along with Information Minister Pervez Rasheed here on Tuesday, the DG ISPR termed Yadav’s arrest a 'big achievement'.

Related: Lahore blast may be reaction of RAW agent’s arrest

Yadav was directly handled by the RAW chief, the Indian National Security Adviser and the joint secretary, Gen Bajwa told the media.

"His goal was to disrupt development of the China-Pakistan Economic Corridor (CPEC), with Gwadar port as a special target," Bajwa said. "This is nothing short of state-sponsored terrorism... There can be no clearer evidence of Indian interference in Pakistan."

"If an officer of this rank, from intelligence or armed forces, is arrested in another country, it is a big achievement," Bajwa added.

In the video, Yadav, who hails from Mumbai, said he had joined India's National Defence Academy in 1987 before going on to join the Indian Navy in 1991.

"I am still a serving officer in the Indian Navy and will be due for retirement in 2022... After having completed 14 years of service." he said.

Law enforcement agencies arrested Yadav in an intelligence-based raid in Balochistan's Chaman near the shared border with Afghanistan last week.

The Indian Foreign Ministry earlier confirmed the arrested man was a former Indian Navy officer, but the Pakistani government claimed to have recovered travel documents and multiple fake identities of Yadav, establishing him as an Indian spy who entered into Balochistan through Iran - holding a valid Iranian visa.

Yadav was shifted to Islamabad for interrogation, during which an unnamed official said the spy revealed that he had purchased boats at the Iranian port in Chabahar in order to target Karachi and Gwadar ports in a terrorist plot.

Yadav's arrest occurred just days before a possible meeting between the Indian and Pakistani foreign secretaries at the Nuclear Security Summit in Washington, whose meeting to restart the Comprehensive Bilateral Dialogue (CBD) in January was derailed by the Pathankot attack.

Pakistan and India had agreed to resume peace talks under the newly-coined phrase of CBD during Swaraj’s visit to Islamabad for the Heart of Asia Conference last year.