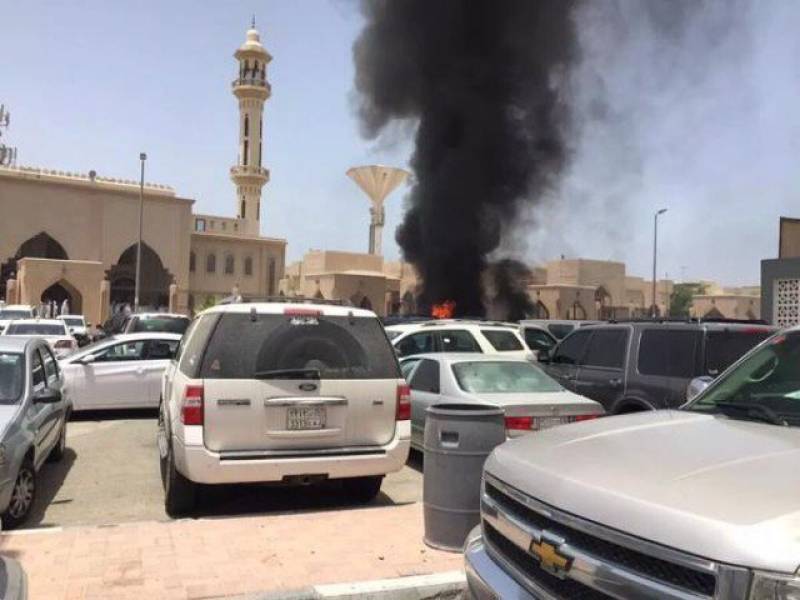 RIYADH (Web Desk) - At least four people were killed when a suicide bomber tried to enter a Shia mosque in Saudi Arabia's Dammam on Friday, witnesses said, the second attack of its kind in a week.

Five people were also reported to be injured.

Islamic State militants group claimed responsibility of the suicide bombing at the mosque, according to reports of western media.

A witness, identified only as Ahmed, told Reuters he was with his family near the mosque when "a quick explosion" happened. He did not know the cause of the blast.

He said acquaintances at the mosque told him an attendant was killed along with a bomber when he tried to prevent him from reaching it.
Another witness said a passer-by was also killed in the blast.
A suicide bombing on May 22 killed 21 worshippers at another Shia mosque in al-Qadeeh village in an attack claimed by Islamic State.
Residents circulated pictures of the body of a man believed to be the suicide bomber as well as pictures of large black clouds of smoke billowing over a parking lot outside the mosque.

Social media accounts showed video purporting to show the congregation inside the mosque reacting with shock and alarm to the sound of the explosion outside the building.