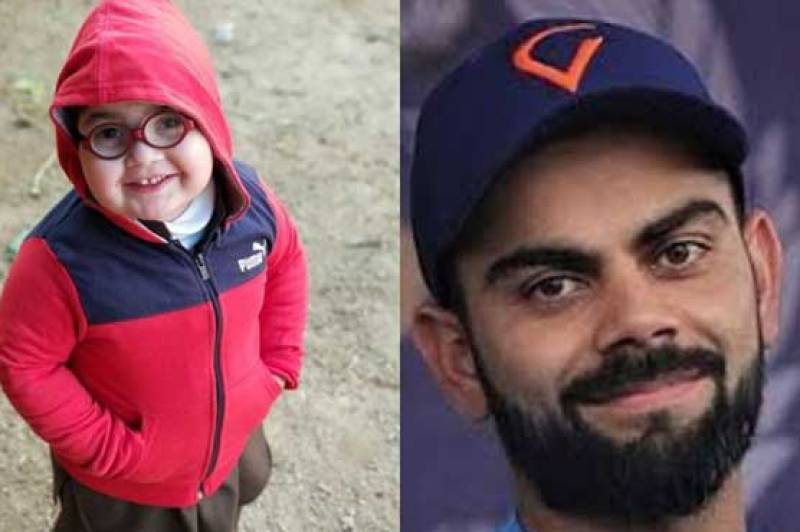 MUMBAI - The fan base of popular Pakistani Pathan kid Ahmed Shah is increasing day-by-day and turns out that the social media sensation even has a fan in India, who is none other than Indian cricket team skipper Virat Kohli.

Ahmed has been receiving a lot of love for his dope attitude, glasses and his adorable accent. The kid became an overnight sensation for his videos on social media, which soon became viral.

Ahmed became viral after a video of him getting angry and arguing with his teacher at school became a talking point on the internet, as many found it hilarious. Soon after, the child was seen in other viral videos, one of which is the ‘Pechay tou dekho’ clip.

Since then the child is getting popular on social media as well as on TV for his cute and funny quirks.

He is making his presence felt these days while appearing on different TV shows and advertisements, and in selfies with many famous celebrities including Mahira Khan, Hania Aamir, Maya Ali and Neelum Munir.