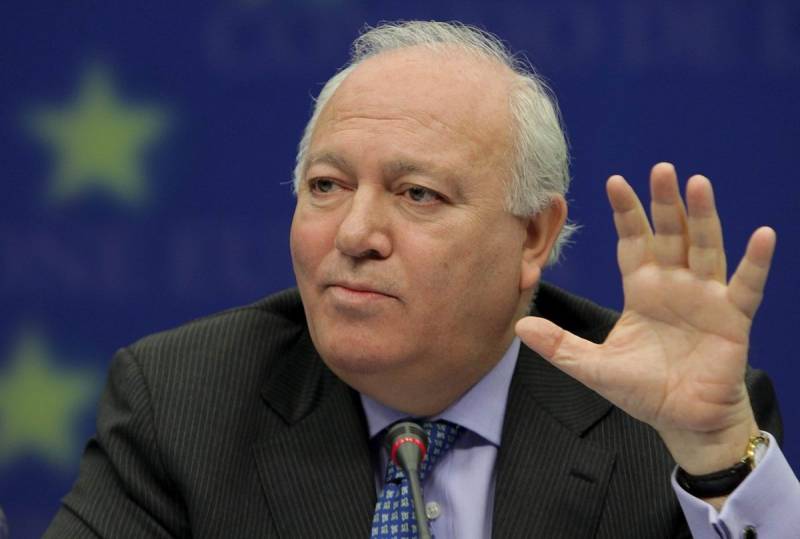 UNITED NATIONS – Voicing “deep concern” about escalating tensions over the blasphemous sketches of Prophet Muhammad (PBUH), the top official for the United Nations Alliance of Civilizations (UNAOC) has called for mutual respect of all religions and beliefs and for fostering a culture of fraternity and peace.

In a statement, the High Representative for the Alliance, Miguel Ángel Moratinos, said that insulting religions and sacred religious symbols provokes hatred and violent extremism, leading to the polarization and fragmentation of society.

He said he is following with deep concern the growing tensions and instances of intolerance triggered by French weekly magazine Charlie Hebdo’s publication of the satirical caricatures.

“The inflammatory caricatures have also provoked acts of violence against innocent civilians, who were attacked for their sheer religion, belief or ethnicity,” Moratinos noted.

Freedom of expression should be exercised in a way that fully respects the religious beliefs and tenets of all religions, he said.

“Acts of violence cannot and should not be associated with any religion, nationality, civilization or ethnic group.”

Earlier this month, French President Emmanuel Macron described Islam as “a religion in crisis” and announced plans for tougher laws to tackle “Islamist separatism” in France.

Tensions further increased after the beheading of a middle school teacher, Samuel Paty, on Oct. 16 on the outskirts of Paris after he showed blasphemous sketches of Prophet Muhammad (PBUH) during one of his classes on freedom of expression.

His attacker, Abdullakh Anzorov, an 18-year-old man of Chechen origin, was later gunned down by police.

Macron paid tribute to Paty, and insulting caricatures by Charlie Hebdo were also projected on buildings in a few cities.

The French president defended the caricatures, saying France would “not give up our cartoons,” causing outrage across the Muslim world.

Besides condemnations from a number of countries including Pakistan, Turkey and Iran, there have been calls to boycott French products, protests and attacks on French websites.

In the statement, the High Representative re-affirmed that acts of violence cannot and should not be associated with any religion, nationality, civilization or ethnic group.

“At the same time,” he said, “violence can and should never be justifiable or acceptable response to acts of intolerance on the basis of religion or belief.”

The High-Representative strongly urged interfaith and intercultural dialogue and the debate of ideas at the local, national and international levels which could be a powerful tool against religious intolerance, prejudices and stereotyping.