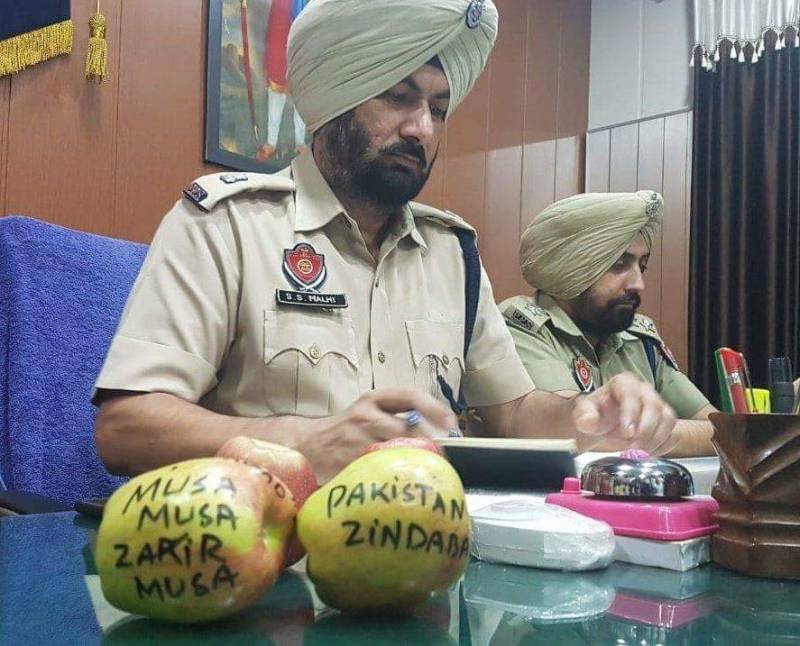 KOTKAPURA - A couple of apples were 'seized' by Indian authorities in Kotkapura city in Punjab as the fruits exhibited Pro-Pakistan slogans.

The apples caught the attention of a citizen who bought the fruits and handed them over to the police in a bid to help maintain 'the law and order situation in the country'; the fruits also displayed 'Musa Musa Zakir Musa'.

'Some of the cartons of fruits were taken from Jammu and Kashmir and a vendor named Sanni was selling the apples in the market,' said the buyer before involving police in the case.

Police officer, S.S Malhi confirmed that the fruits displayed pro-Pakistan and anti-India slogans and a necessary action would be taken in this regard.

India has been under constant threats emanating from petty 'material' things in the past. The Indian authorities had also confiscated balloons bearing Pro-Pakistan slogans in 2017.

In 2015, Indian authorities claimed to have arrested a spy pigeon carrying a "stamped message" on its body though the authorities later confirmed that there was nothing unusual in the bird.