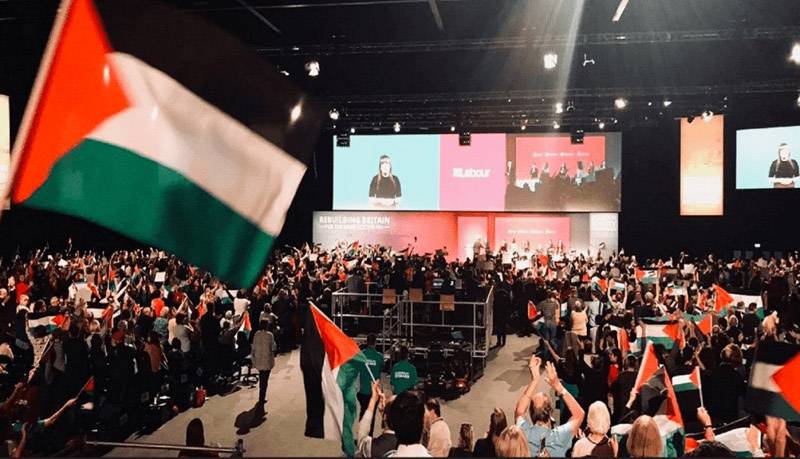 LONDON – British opposition Labour Party passed a motion calling for sanctions against the Jewish state for practising ‘apartheid’ against Palestinians, it emerged on Monday.

Reports in international media cited that Labour Party passed a motion at its annual party conference which called on the centre-left Labour to cease the arms trade between Britain and Israel. The development came as Israel killed another four Palestinians and wounded five in the illegally occupied West Bank.

The motion passed by the Labour Party cited “Conference condemns the ongoing Nakba [means catastrophe in Arabic, used by Palestinians to denote Israel’s establishment in 1948] in Palestine, Israel’s militarised violence attacking the Al Aqsa mosque, the forced displacements from Sheikh Jarrah and the deadly assault on Gaza”.

Full text of the historic motion on Palestine passed at #LabourPartyConference2021 #Lab21 pic.twitter.com/byDTUxmTEb

It further added, “together with the de facto annexation of Palestinian land by accelerated settlement building and statements of Israel’s intention to proceed with annexation, it is ever clearer that Israel is intent on eliminating any prospects of Palestinian self-determination.”

On the other hand, UK Palestine Solidarity Campaign hailed the historic motion on Palestine passed at the Labour Party Conference 2021 acknowledging that Israel is practising apartheid and calling for strong sanctions.

Palestinian diplomat Husam Zomlot while commenting on the motion said “This is a victory for our martyrs, our prisoners and our wounded, the struggle of our great people, and a victory for international values and morals, he said.

In April, a Human Rights Watch group showed Israel is committing crimes against humanity of apartheid and persecution against Palestinians.