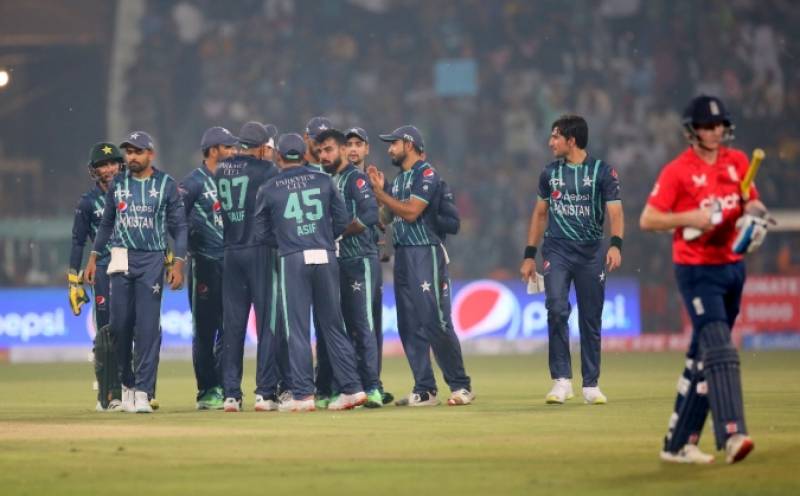 LAHORE – Pakistan will be looking to register T20I series victory over England as the two sides will lock horns in the sixth Twenty20 International of the ongoing tour on Friday in Lahore.

The match will start at 07:30pm Pakistan Standard Time.

The Team Green currently lead the seven-match T20I series 3-2 after they won the fifth match by six runs in the thrilling contest on Wednesday.

Babar Azam’s side successfully defended their lowest score in Pakistan (145) as the visiting team was restricted to 139 at the iconic Gaddafi Stadium.

Mohammad Nawaz was phenomenal with the new ball and derailed England’s run chase from its onset with the wicket of Alex Hales, who trying to swat the left-arm orthodox down the ground edged the ball into the hands of short third-man.

Pakistani pace spearhead Naseem Shah has tested positive for Covid-19, and has been ruled out of the T20 series against ...