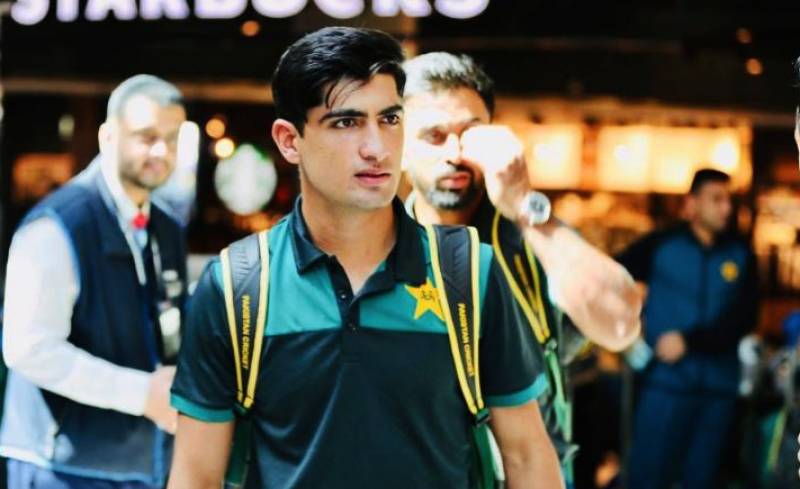 Pakistani pace spearhead Naseem Shah has tested positive for Covid-19, and has been ruled out of the T20 series against England.

Reports in local media said the young player was earlier diagnosed with pneumonia, and stayed in hospital overnight and now his test came positive for the virus.

Earlier, the cricket board announced that their in-house medical panel was monitoring Shah, and that any calls on his participation in the remainder of the ongoing series against England would be made after assessing his medical reports.

The highly rated teenage cricketer was rushed to a medical facility on Tuesday night with a chest infection.

LAHORE – Pakistan’s bowling sensation Naseem Shah was hospitalized in Lahore after his health worsened on ...

The 19-year-old displayed A-game in the ongoing series against England. He garnered huge appraise for taking Men in Green for two massive sixes in the last over of the match against Afghanistan in the Asia Cup 2022.