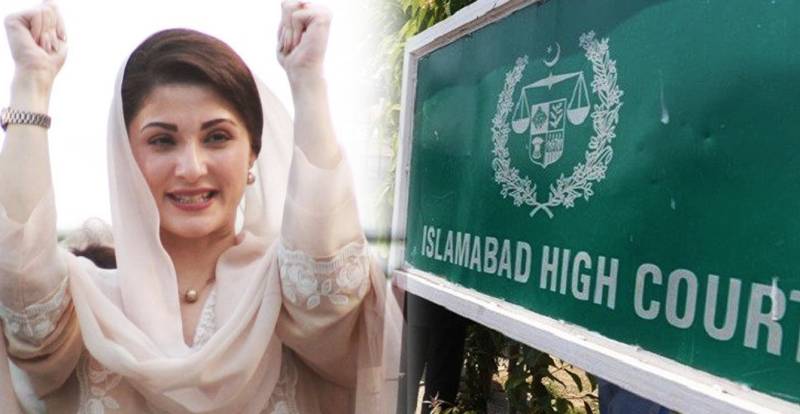 Earlier in the day, a two-judge bench comprising Justice Aamer Farooq and Justice Mohsin Akhtar Kayani reserved the verdict on the appeals of PML-N leaders.

The high court also put aside the sentences awarded to the daughter of deposed Pakistani premier by the accountability court. The judges remarked that the prosecution could not present any evidence to prove the allegations.

Earlier, National Accountability Bureau admitted before an IHC bench that Maryam Nawaz had no direct role in purchasing the Avenfield properties in London.

In July 2018, the accountability court of the country's federal capital convicted the Sharif family in the Avenfield reference. Former PM Nawaz Sharif was handed 10 years sentence as jail time for owning assets beyond known income and one year for not cooperating with anti graft body.

Maryam Nawaz was given seven years for abetment after she was found instrumental in the concealment of the properties of her father, who is now living in Britain in self imposed exile.

The husband of Maryam Nawaz, Captain (r) Safdar was given one year behind bars for not cooperating for aiding and abetting his wife and father in law.

However, the Sharif family filed appeals against its conviction before the IHC and were released on bail.

Last year, the PML-N Vice President filed a new application, seeking annulment of that verdict. Her legal counsel maintained that neither the Joint Investigation Team nor the National Accountability Bureau (NAB) brought any oral or documentary evidence on judicial record to corroborate Sharif’s title of ownership of London properties.

Nawaz congratulated his daughter over acquittal, besides appreciating her legal team for fighting the “politically-motivated” case for four years.

Prime Minister Shehbaz Sharif also shared his reaction after her acquittal. Taking to Twitter, he wrote:  “The edifice of lies, slander & character assassination has come crumbling down today” .

The edifice of lies, slander & character assassination has come crumbling down today. Maryam Nawaz's acquittal in the Avenfield Reference is a slap in the face of so-called accountability system that was employed to target Sharif family. My congratulations to Maryam Beti & Safdar

“Maryam Nawaz's acquittal in the Avenfield Reference is a slap in the face of so-called accountability system that was employed to target Sharif family. My congratulations to Maryam Beti [daughter] & Safdar,” the tweet read.