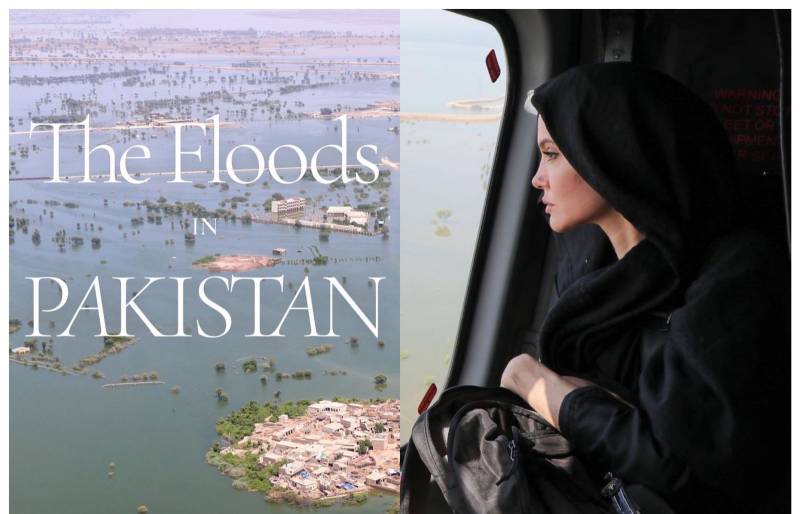 Hollywood star and humanitarian Angelina Jolie has said the flood disaster in Pakistan should be a "wake-up call" for the world.

Explaining the severe trauma, Jolie took to her Instagram and shared her experience of visiting the flood-hit areas in the country.

Sharing some pictures from her trip to Pakistan, she wrote a heartfelt caption detailing the destruction in Pakistan that people should know.

"Last week I was in Pakistan with @rescueorg and local organizations, to witness the devastation caused by severe flooding which submerged 1/3 of the country’s land.

"33 million people are affected, and over 6 million need emergency humanitarian assistance. Pakistan also still hosts over a million Afghan refugees who are unable to return safely due to the current situation.

"Those I was able to reach were still in shock from having fled the Taliban, and now knowing the country they have fled to is in an emergency.

"The level of trauma and compound trauma is severe. Please learn and follow what is happening. Be aware of the climate catastrophe that we are seeing more regularly.

"Push governments to understand that lack of fair trade, rising emissions and failure to address conflicts are causing more death and suffering to millions of families around the world," the Eternals star concluded.