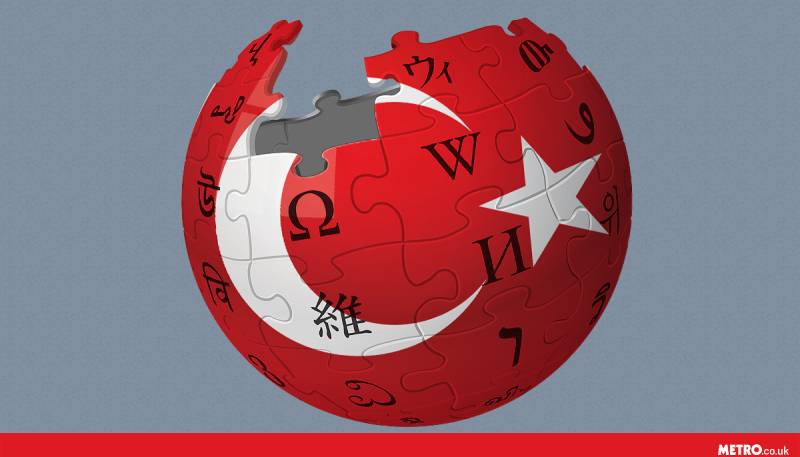 ISTANBUL - Turkey has blocked online encyclopedia Wikipedia, the telecommunications watchdog said on Saturday, citing a law allowing it to ban access to websites deemed obscene or a threat to national security.

“After technical analysis and legal consideration … an administrative measure has been taken for this website (Wikipedia.Org),” the BTK telecommunications watchdog said in a statement on its website.

A block on all language editions of the online encyclopaedia was detected at 5am GMT on Saturday, monitoring group Turkey Block said on its website.

“The loss of availability is consistent with internet filters used to censor content in the country,” it said.

Earlier on Saturday, Turkey also imposed a ban on radio and TV dating programs with a decree made possible by the country’s state of emergency.

A new clause has been added to the article on protecting children in the country’s media law that states, “In radio and television broadcasting services, such programs in which people are introduced with the purpose of finding a friend or searching for a spouse… cannot be permitted”

The ban on websites has worried rights groups who say the country is rapidly drifting into authoritarianism. Following the last year's failed military coup, Turkey has taken several measures that activists deem as dictatorial and oppressive. Thousands of journalists have been detained and many newspapers have been banned for criticising government's policies.

Earlier this month, Erdogan also won a referendum that enabled constitutional amendments that will give sweepings power to Erdogan that critics say will undermine the separation of powers in the government.

Wikipedia has also faced censorship in other countries, including a temporary ban in Russia, and repeated crackdowns in China.