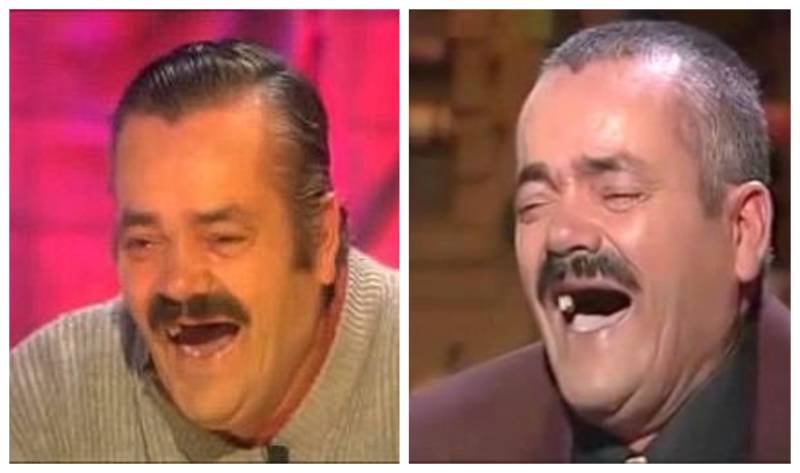 Spanish comedian Juan Joya Borja, the man behind the viral laughing guy meme, died at the age of 65.

He rose to fame in 2014 when his clip of laughing while explaining an incident to the interviewer in a TV program went viral on social media.

The infection laughing of El Risitas was taken by storm on social media as people started giving unrelated subtitles over his clip, placing him and his smile in different situations.

I just found out Juan Borja or better known as El Risitas has passed away.

Most people probably recognize him as the source of this 'KEKW' emote on Twitch. Thank you for all the funny memories & Rest In Peace 🥺🙏🏼 pic.twitter.com/qtjKmIHHTg

He died on Wednesday in hospital, according to local media.

In March he thanked fans for organising a fundraising campaign to buy him an electric mobility scooter after one of his legs was amputated.

In his original clip, Borja told the story of how he once left 20 paella dishes overnight in the sea to clean when he worked at a restaurant, only to return the next day and find they’d been swept away, Metro reported.

His two clips of the original interview have received eight and five million views respectively on YouTube.