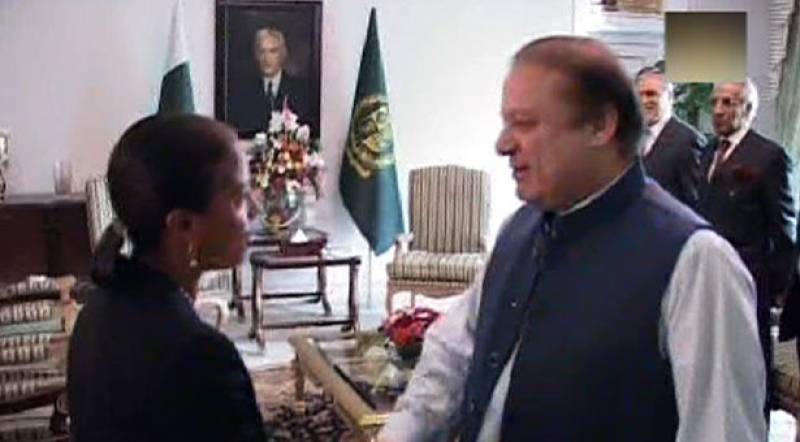 LAHORE (Staff Report) - Prime Minister Muhammad Nawaz Sharif Sunday said that the United States was an important partner of Pakistan in all areas especially in the spheres of economy, defence and counter-terrorism.

He said that Pakistan looked at its relations with the US 'as a partnership' which was in the interest of the two countries, the region and the world.

The Prime Minister was talking to US National Security Adviser Dr. Susan Rice who called on him, said a PM Office press release.

The PM said that Pakistan sees its relations with the US as a partnership which is in the interest of the two countries, the region and the world.

The premier said that he is looking forward to his visit to the US in October this year as an opportunity to further strengthen the ties between the two countries.

The US NSA expressed deep appreciation for the sacrifices made by Pakistan in the efforts to root out terrorism and extremism and the success achieved so far.

She expressed appreciation for the Prime Minister's vision of a peaceful neighbourhood.

Tension along the Line of Control (LoC) was also discussed in the meeting. Rice commended Pakistan’s efforts in fight against terrorism.

US Ambassador to Pakistan Richard Olson and Director of US National Security were present in the meeting.