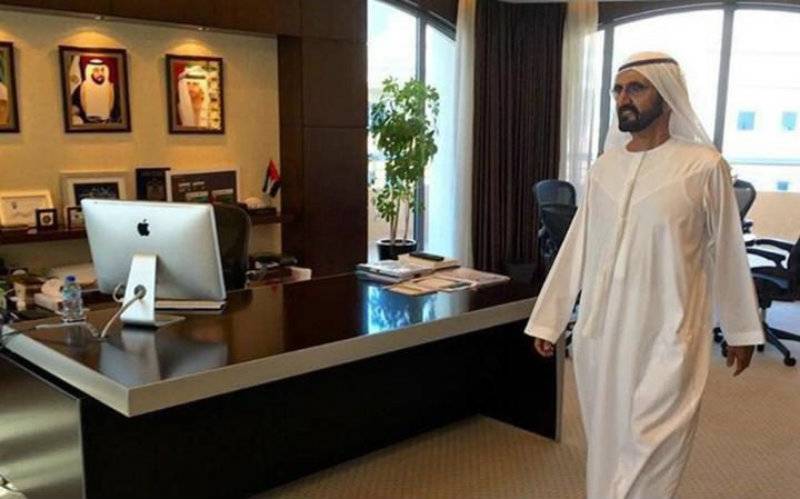 DUBAI - Dubai's ruler Sheikh Mohammed bin Rashid al-Maktoum has ordered a shake-up of the city state's management, a day after he conducted a surprise spot check of government offices at 7.30am and found a significant number of employees absent.

The Dubai government posted a video on Instagram of the Sheikh making an unannounced visit to the Land Department and Department of Economic Development office and finding it empty, an exercise which a Dubai media official said was intended to 'send a message'.

Al-Maktoum is seen casually wandering around the deserted office with empty seats, picking up an employee's book and flicking through it. He walked past a framed portrait of himself on the wall, but couldn't find anyone to actually talk to.

The next day, he ordered the retirement of nine members of Dubai Municipality's executive management, including directors and assistant director-generals in departments such as legal affairs and planning, the United Arab Emirates' state news agency WAM reported.

On Monday, Sheikh Mohammed thanked the nine retired officials for their service but said he wanted to allow a new generation of young leaders to take control and provide top-quality services to the public, WAM reported.

Governments around the Gulf are trying to make their bureaucracies more efficient as low oil prices pressure state finances, and the move by Sheikh Mohammed is one of the most dramatic efforts in that direction so far.

He is known for his early-morning inspections 'to ensure government services are up to Dubai's globally admired standards'.