Amir Liaquat has found his next profession! Are you wondering what it is? 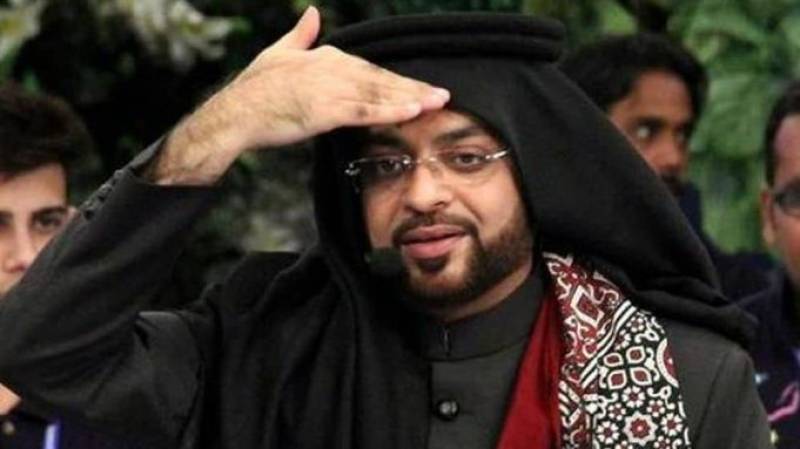 As hype surrounded Dr. Amir Liaquat's resignation from BOL during a Live Transmission, a lot of questions arose as to whether he would be joining Hum News or staying at BOL.

However, while everyone's wondering about Amir Liaquat's career on TV, he might be busy doing something else!

If you all were unaware, Amir Liaquat inaugurated his latest outlet in Karama, Dubai. The ceremony took place at 6 pm on August 27 and was attended by locals and Pakistani expatriates alike.

Inauguration of #AamirLiaquatAikPehchan in Karama, @dubaitourism .... Thanks to All #Pakistanis and #Locals. Specially @HHShkMohd pic.twitter.com/EJd6rDN4Xc

Inauguration ceremony of #AamirLiaquatAikPehchan in #Karama @dubaitourism Paksitani and locals were present at the moment. Alhumdulillah pic.twitter.com/ihC7dUxDQR

Amir Liaquat's official twitter handle was extremely active during the ceremony, sharing the news scenes with the celebrity's fans, along with details of the first customer being shared on the social media platform as well.

The former BOL News host somehow even managed to connect his outlet in Karama with Iqama, while mocking the ex-Prime Minister Nawas Sharif. Well well.. he's known for such things, isn't he?

Now that we know what he has been up to in his post Television affairs, it is possible that he might be keeping his new job very close to his heart forever. Cheers to Aamir in his new phase of life!