Terrorist attack on a mosque in Canada, six killed, shooters on the loose 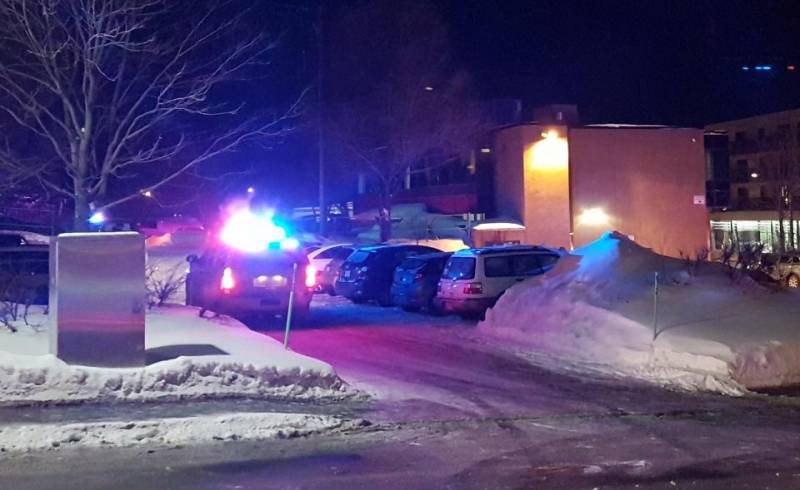 QUEBEC - At least six people were killed after gunmen opened fire in a Quebec City mosque in Canada during evening prayers here on Sunday.

According to the mosque's president, the deaths had occurred after several gunmen apparently opened fire on up to 40 people who were inside the Quebec City Islamic Cultural Centre.

“Why is this happening here? This is barbaric,” said the mosque's president, Mohamed Yangui.

Quebec police confirmed the Sunday evening shooting at the mosque in a tweet, and police on the scene said there had been fatalities. adding that suspects had been detained.

On the other hand, Canadian prime minister Justin Trudeau took to Twitter to mourn the deaths of innocent citizens.

Tonight, Canadians grieve for those killed in a cowardly attack on a mosque in Quebec City. My thoughts are with victims & their families.

I've just spoken with Premier @phcouillard and am being briefed by our officials. We have offered any & all assistance needed.

Justin also released a statement in the aftermath of shooting, terming the incident, an act of terrorism.

“We condemn this terrorist attack on Muslims in a centre of worship and refuge.On behalf of all Canadians, Sophie and I offer our deepest condolences to the family and friends of all those who have died, and we wish a speedy recovery to those who have been injured' said the statement.

“While authorities are still investigating and details continue to be confirmed, it is heart-wrenching to see such senseless violence. Diversity is our strength, and religious tolerance is a value that we, as Canadians, hold dear' the statement added.

“Muslim-Canadians are an important part of our national fabric, and these senseless acts have no place in our communities, cities and country. Canadian law enforcement agencies will protect the rights of all Canadians, and will make every effort to apprehend the perpetrators of this act and all acts of intolerance.

'Tonight, we grieve with the people of Ste-Foy and all Canadians' the statement concluded.

According to the eye witness, as many as three assailants opened fire at 40 people.

Sunday's attack was not the first attack on the centre, In June last year, pig's head was left on the doorstep of the cultural centre, apparently in a bid to hurt religious sentiments of Muslims.