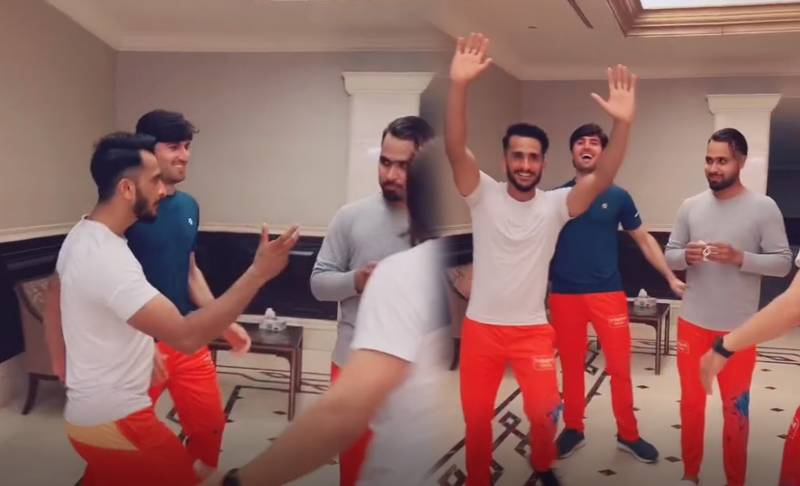 ISLAMABAD – As the Bengali song Kacha Badam went viral and people around the region are following the trend, the most recent celebrity to jump on the bandwagon is Islamabad United pacer Hasan Ali.

The noted pacer shared a clip on the video-sharing platform TikTok that grabbed the attention of social media users. The 27-year-old, who is representing Islamabad United in the seventh edition of the Pakistan Super League, can be seen shaking a leg viral with other players of the team.

Wasim Jr. and Musa Khan can also be seen dancing on the Kacha Badam trend as they tease all-rounder Faheem Ashraf.

The viral clip amassed nearly 9 million views on social media. In another viral clip, Hasan Ali and Shadab Khan can be seen dancing with other squad players as PSL continues with full swing.

Meanwhile, Islamabad United will be playing their first match against Peshawar Zalmi today. Team United is said to be the most successful team in the history of the Pakistan Super League.

A video of Hasan Ali shaking a leg to live music on the streets has is rapidly being circulated on social ...