Save the Children-funded hospital for pregnant women bombed in Syria 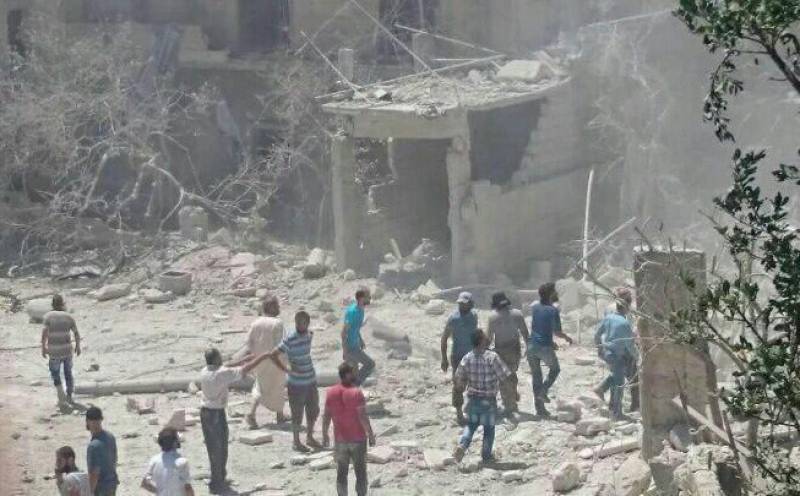 BEIRUT - A maternity hospital supported by Save the Children was bombed during a Friday air raid in Syria's northwestern Idlib province.

According to the Syrian Observatory for Human Rights, a jihadist from the Al-Nusra Front, which has changed its name to Jabhat Fateh al-Sham, was killed in the raid.

It said the bomb hit the entrance to the hospital.

The statement said: "This is the only hospital specializing in maternity and children in the northern western side of rural Idlib,"

Alun McDonald, Save the Children regional media manager, said in a separate statement: "There are initial reports of any casualties among patients and staff, although numbers are thus far unconfirmed."

The bombing came a day after the Syrian branch of Al-Qaeda, Al-Nusra Front, announced that it was breaking ties with the global terror network and switching its name to Jabhat Fateh al-Sham.

Save The Children said the hospital is the biggest maternity facility in the country, serving over 1,300 women monthly and delivering up to 700 babies each month.

Last week, air raids struck four makeshift hospitals and a blood bank over a 24-hour period in the regime-besieged eastern sector of the urban center of Aleppo.

The five-year conflict in Syria has caused the deaths of over 280,000 people and the displacement of millions.