If not Atif then Arijit: Bollywood singer supports Atif Aslam despite Indo-Pak tensions 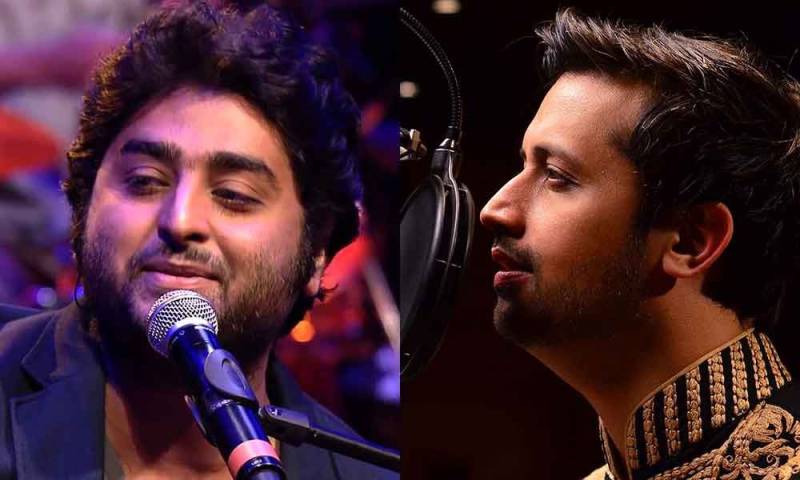 LAHORE- Atif Aslam sings a single note in his eccentric voice and immediately has the crowds cheering.

We don’t have too many stars like him in today’s vacillating social media age — the sort of stars with fan-bases that are not restricted by gender or age, who give out hit after hit, whose popularity goes beyond Indo-Pak cross-border politics to the extent that Bollywood keeps reaching out to them regardless of the risk of bans and controversy.

However, the Indian government has banned Pakistani artists to work in Bollywood after the Pulwana attack that took place in ٰIndian occupied Kashmir.

After the decision, Atif Aslam was replaced by Salman Khan for a song in an upcoming movie ‘Notebook’ and his fans were extremely upset about this decision.

Recently, the sensational Bollywood music composer Amaal Mallik announced that he will be producing a song for an upcoming movie titled ‘De De Pyaar De’ and unveiled that if Atif Aslam won’t record the song then Arijit Singh will.

His tweet started a debate on social media on who’s the better singer between Atif Aslam and Arijit Singh.

Amaal responded by requesting to not draw comparisons between the two:

Atif Aslam or Arjit Singh? Which singer is your favourite? Let us know in the comments section below.