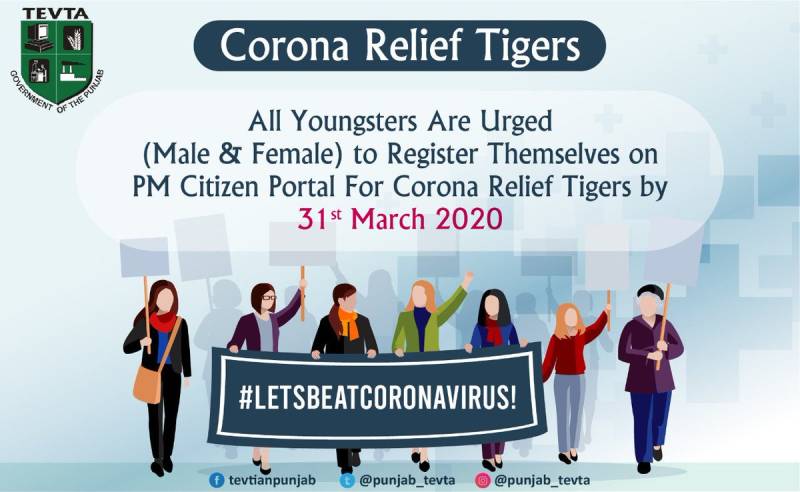 ISLAMABAD – The registration process for the 'Corona Relief Tigers Force' would start from Tuesday and to be continued till April 10, said Special Assistant to the Prime Minister on Youth Affairs, Muhammad Usman Dar on Monday.

Usman, during a one-on-one meeting with Foreign Minister Shah Mahmood Quershi, said the youth from across the country was eligible to be the part of the 'Corona Relief Tigers Force' and could register them through the Pakistan Citizen Portal.

According to a press release, both the dignitaries exchanged views over the creation of special fund and formation of the force, announced by Prime Minister Imran Khan to facilitate the downtrodden segments of the society in wake of the recent coronavirus situation.

Usman Dar said process for creation of the force had been started which would work in collaboration with district administrations to look after the affairs of quarantine centers.

In emergency situation, he said that it would also ensure uninterrupted food supply to the less-privileged people at their doorsteps.

The Foreign Minister said the tiger force was being created to mitigate the sufferings of the low-income people who were facing difficulties due to the lock-down imposed across the country.

He said the prime minister wanted to engage the youth in the fight against COVID-19, keeping in view their enthusiasm and efficiency that they had showed in the past at the time of natural calamities like flood, earthquake and others.