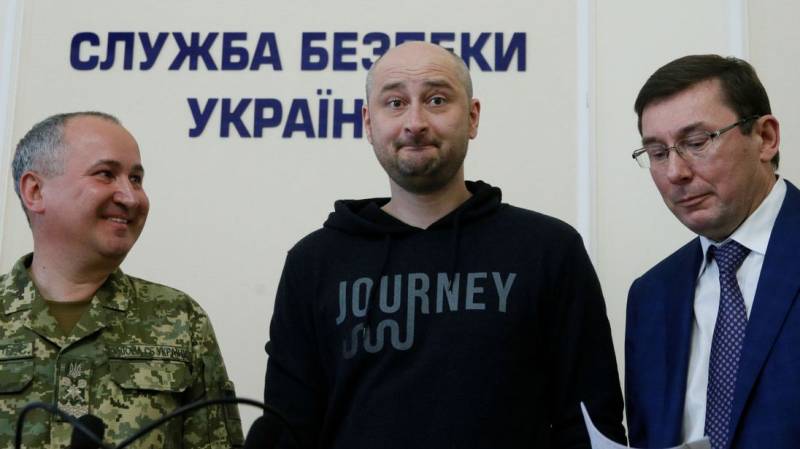 KIEV - A well-known Russian journalist and writer who was reported murdered in Kiev dramatically reappeared alive on Wednesday in the middle of a briefing about his own killing by the Ukrainian state security service, shocking the world.

Arkady Babchenko appeared at a press conference of SBU head Vasyl Hrytsak broadcast on Ukrainian television to break the news that his alleged murder had actually been staged, as a means of exposing Russian agents, according to Interfax-Ukraine news agency.

VIDEO: Russian journalist, Arkady Babchenko, reported killed in Kiev turns up at a news conference. His "fake death" was part of a special operation to pre-empt a real plot to kill him pic.twitter.com/DEW7V90Sm0

"The operation took two months to prepare," he explained.

"I was told a month ago. As a result of the operation, one person has been captured, he is being held."

The covert operation was so intricately organised that even his wife didn't know, with Babchenko adding: "Special apologies to my wife. Olechka, I am sorry, but there were no options here."

Babchenko is a journalist and war correspondent, who claimed to have been forced out of his native Russia after receiving death threats. 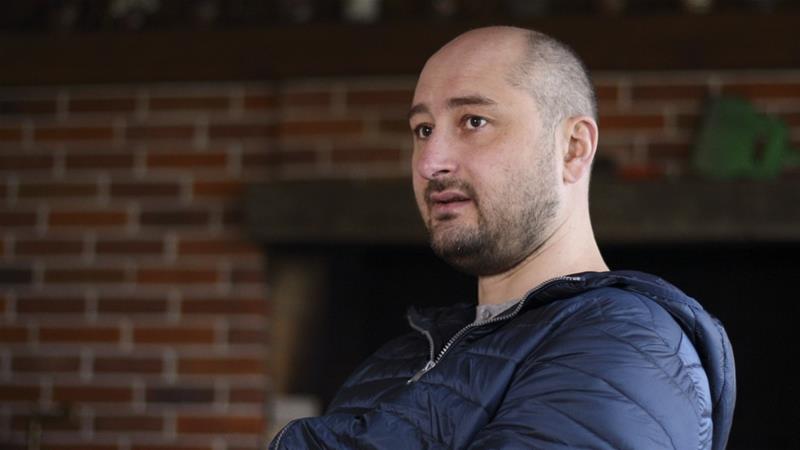 Well known for being a critic of the Kremlin, he also stood in unofficial elections organised by the opposition in 2012, and also denounced Russia's actions in Syria and eastern Ukraine.

It was widely reported that Babchenko had been shot three times outside his apartment in Kiev on 29 May, having been out to buy groceries. He was then thought to have died in the ambulance on the way to the hospital.

Just hours before his staged death, Babchenko wrote on Twitter about his fortune back in 2014, when he was refused travel on a Ukrainian military helicopter.

He said: "Four years ago General Kulchitsky wouldn't take me on his helicopter because there wasn't the space. It was shot down two hours after this photograph. 14 people died, but I got lucky. It's a second birthday for me."

After news broke of his apparent death, Moscow and Kiev began blaming each other for what happened.

"This is the last post of Arkady Babchenko. Ten hours ago he wrote about his second birthday. And then they killed him," read the post.

"I am confident that the Russian totalitarian machine did not forgive him his honesty and principled stance. He was a true friend of Ukraine who told the world the truth about Russian aggression."

Groysman added: "The killers should be punished."

Russia's foreign ministry said in a statement: "We demand that the Ukrainian authorities make every effort to promptly investigate."

It added: "Bloody crimes and total impunity had become routine for the Kiev regime", while offering condolences to Babchenko's family and friends.

Kiev has in recent years seen a number of deadly attacks on high-profile figures, including journalists and politicians. Most of them were vocal critics of the Kremlin.

The leading Belarusian journalist and Kremlin critic, Pavel Sheremet, was killed by a car bomb in Kiev in July 2016.

In March of the same year, former Russian MP Denis Voronenkov was shot dead outside a hotel in Kiev.