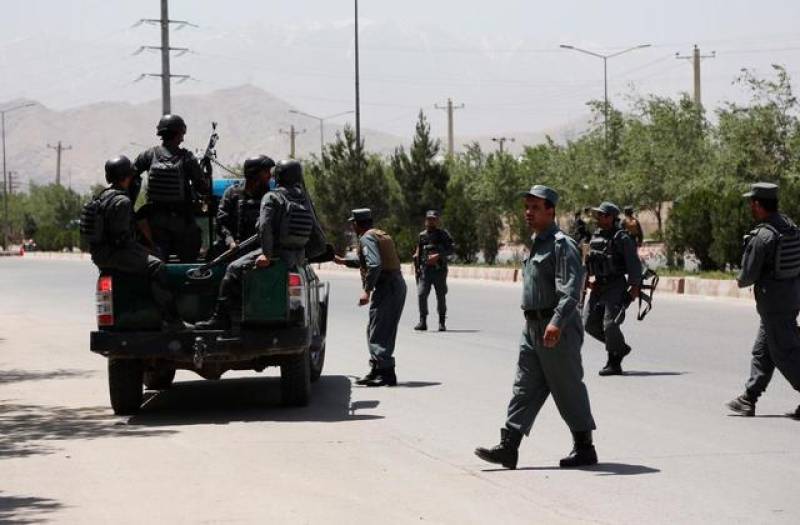 KABUL - A bomb exploded near the Afghan Interior Ministry compound in Kabul minutes before gunmen exchanged fire with the security forces, resulting in the killing of one police official.

A spokesman for the ministry, Najib Danish, said a suicide bomber detonated his explosives at the first checkpoint of the ministry building on Wednesday.

Gen Daud Amin, the Kabul police chief, said seven attackers were killed and that cleanup operations were underway in the attack that left one cop injured as well - implying that the attack was majorly thwarted.

On the same day, at least three Afghan police officers were killed after a group of suicide bombers launched an attack on a police station in the eastern province of Logar.

Taliban spokesman Zabihullah Mujahid said the group was responsible for the attack, which took place in the province’s capital, Pol-e Alam.

Another report portrayed a gloomy picture about the attack, saying a total of six police officers were killed in the attack, which began when a suicide bomber detonated an explosives-laden vehicle close to the police building.