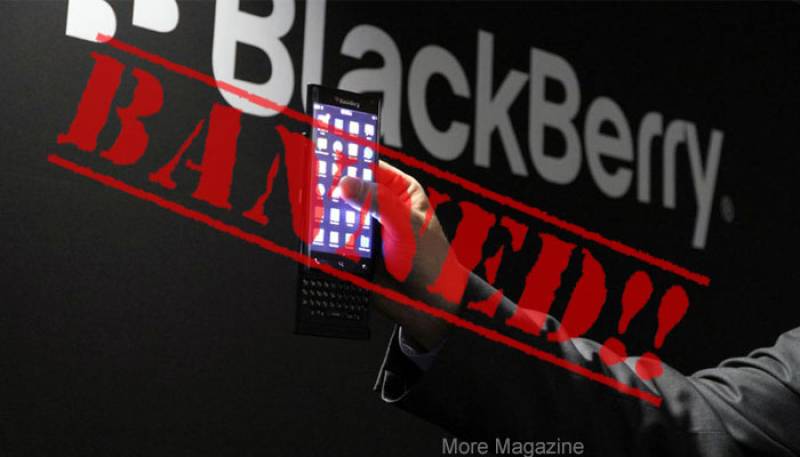 OTTAWA (Web Desk) - BlackBerry on Monday announced to end operations in Pakistan from December 1 saying that it has not managed to meet a compromise with the country‘s telecommunications authority to share data.

In July, the Pakistan Telecommunications Authority (PTA) notified the country‘s mobile phone operators that BlackBerry‘s BES servers would no longer be allowed to operate in the country starting in December “for security reasons,” the company‘s chief operating officer Marty Beard stated in a blog post.

"The truth is that the Pakistani government wanted the ability to monitor all BlackBerry Enterprise Service traffic in the country, including every BES e-mail and BES BBM message.

But BlackBerry will not comply with that sort of directive. As we have said many times, we do not support “back doors” granting open access to our customers‘ information and have never done this anywhere in the world," he said.

"Pakistan‘s demand for open access to monitor a significant swath of our customers‘ communications within its borders left us no choice but to exit the country entirely," Marty Beard added.

BlackBerry encrypts data such as emails and its BlackBerry Messenger messages sent between a user‘s  phone and public networks, ensuring greater privacy for users but making life harder for police and intelligence agencies.