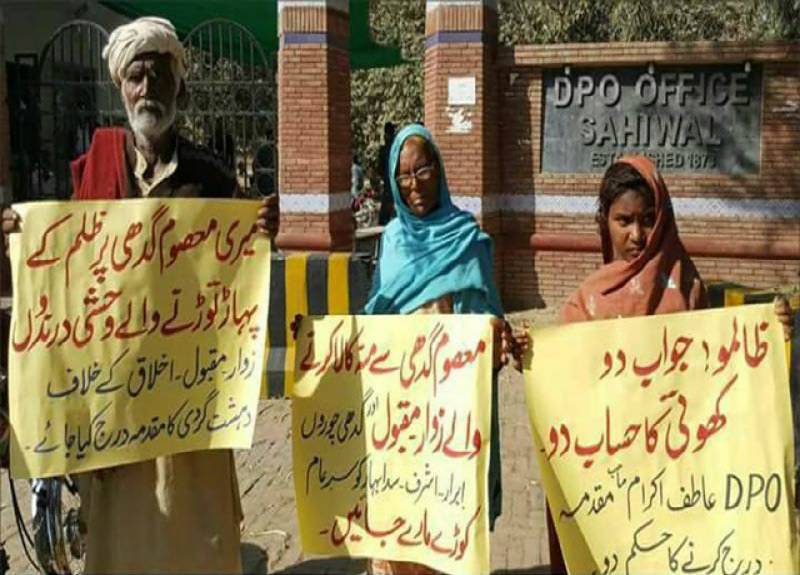 SAHIWAL - In a bizarre incident, a 70-year-old man with his entire family have accused six men of sexually abusing their donkey before taking it away at gunpoint in Sahiwal district of Punjab.

Zahoor Ahmed, a resident of village 57/GD in Bahadur Abad police limits, staged a demonstration Wednesday in front of District Police Office Sahiwal. The family alleged that the police were not lodging a complaint against Abrar, Ashraf, Sadabahar, Zawar, Maqbool and Akhlaq who sexually assaulted their animal.

"Zawar Ahmed wanted to buy my donkey. But when I refused to sell him the animal, he (Zawar) along with his other men carried out this heinous crime.

“Later, they took away my donkey at gunpoint," the old man told the media outside DPO Office.

Bestiality is a sexual offence in which an animal is used as a medium to satisfy the sexual desire of a human being.

The disgruntled man has demanded DPO Atif Ikram to register a FIR against the criminals as Shahid Nazir, the local station house officer, refused to entertain his application.

Sahiwal police spokesman Mehar Nazir Ahmad told Daily Pakistan that they have called the aggrieved party tomorrow (Thursday). The further decision will be made after an inquiry into the incident which, the spokesman say, appears to be a personal dispute.