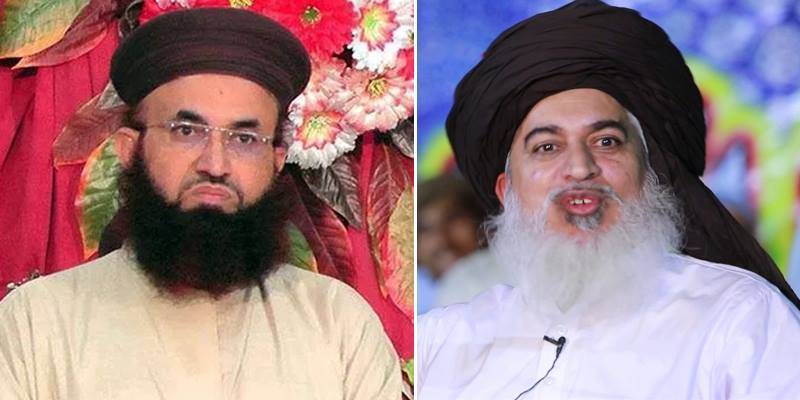 LAHORE - The split in Tehreek-e-Labbaik, the religious group which winded up a sit-in at Islamabad after three weeks, has come to the fore despite an agreement brokered on Monday.

Khadim Hussain Rizvi and Dr Ashraf Asif Jalali appeared in a programme at a private media channel Wednesday night and both  the representatives of the religious party claimed to be the real leader of the group, denouncing the party factions led by the other.

Khadim alleged that the Lahore sit-in led by Jalali was an attempt to take credit for the successful Islamabad sit-in that ended up after a senior officer of Pak Army brokered the deal between government and protesters.

'He should have wrapped up the sit-in after the agreement, but he (Jalali) has a disease of taking credit. And we don’t have any treatment of such diseases,' Khadim said.

Jalali further alleged that one of the leaders in Khadim’s party had indulged in un-Islamic practices to which, Khadim Rizvi opined that one should not raise questions on the faith of others over small matters.

Khadim Rizvi also claimed that the Lahore sit-in had no link with the one in Faizabad declaring that Jalali had no role in the sit-ins currently staged across the country.

'Our sit-in would continue till the resignation of provincial law minister' affirmed Dr Ashraf Asif Jalali.