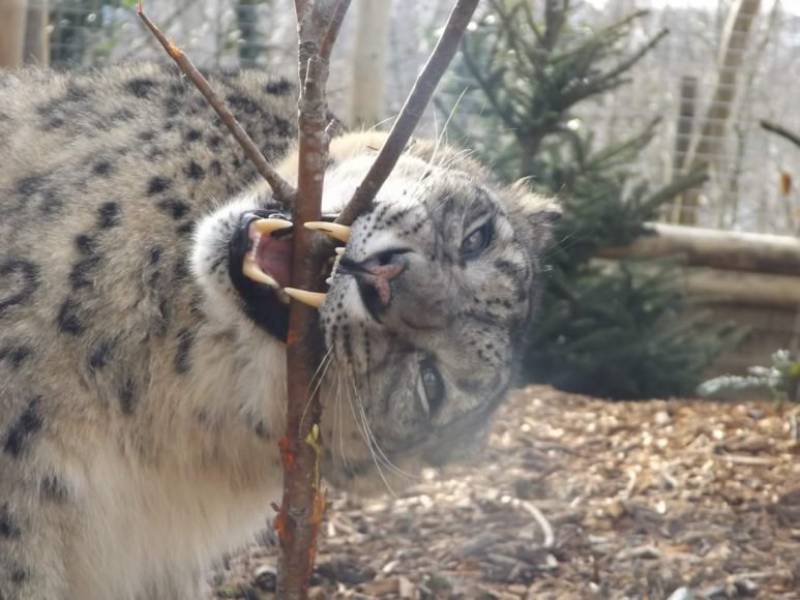 LONDON – An 8-year-old snow leopard has been shot dead after escaping from its enclosure at a facility for animals, the Dudley Zoo confirmed "with enormous sadness" Friday morning.

The male snow leopard, Margaash, was killed at 5pm on 23 October after Dudley zoo in the West Midlands said it had “no other option in the interest of public safety”.

Margaash was born at Banham Zoo in Norfolk in May 2010 and was transferred to Dudley Zoo in September 2011, where he lived with three-year-old female Taïga.

He was the father of a snow leopard cub that died at the zoo in 2013.

"Once keepers saw snow leopard Margaash outside, the animal escape procedure was implemented and managers were notified, while the firearms team managed the incident," a statement read.

"Unfortunately, having no other option in the interest of public safety, the animal was euthanised by a senior member of the firearms team with a single shot and did not suffer.”

The zoo said its prime focus has been to "fully investigate what happened and carry out a stringent review" of all zoo enclosure security.

The door to the enclosure was left open through keeper error which has resulted in a disciplinary investigation of those involved.

The zoo said the snow leopard, called Margaash, was shot once by a senior member of the firearms team and did not suffer.

Margaash, who lived with a three-year-old female snow leopard called Taiga, escaped after a “keeper error” meant the enclosure door was left open.

The zoo said the incident led to disciplinary action for those involved.

The Snow Leopard Trust said: "As fellow animal lovers, our thoughts are of course with the Margaash, the snow leopard that was tragically killed - but also with the staff and volunteers of Dudley Zoo, who must be in shock and grief.

"We do partner with many zoos around the world to raise awareness and share expertise when possible. We believe zoos play an important role in wildlife conservation, both as a major funding partner and as a point of contact to animals for millions of people.

"It's a great loss, and we hope the necessary measures will be taken to avoid any such tragic situation in the future."

Being classed as "vulnerable", there may be as few as 4,000 snow leopards left in the wild, with a population decline of at least 10% over three generations.

The rarely-sighted cats live in the craggy peaks of central Asia - including the Himalayas, and Russia's remote Altai mountains. Their habitat covers more than 1.8 million sq km / 694,980 sq miles, across 12 countries.

Scientists say they are threatened by poaching for their fur, infrastructure developments, and climate change.

They have been known to live for up to 22 years in captivity but in the wild their life expectancy is more like 10 to 12 years.