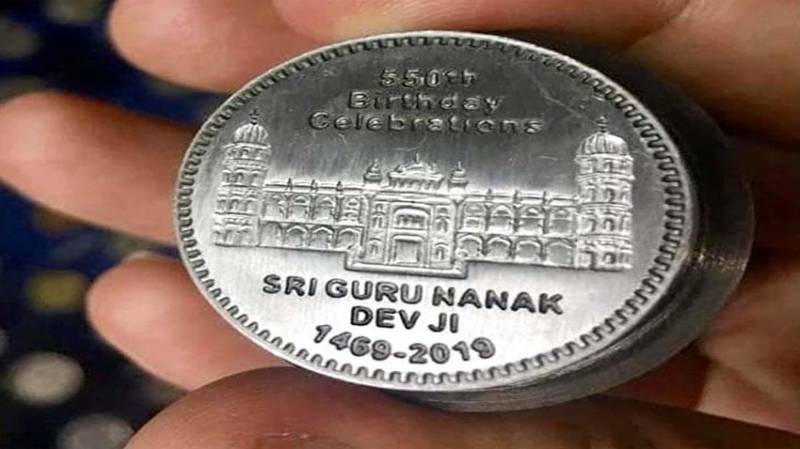 ISLAMABAD - Pakistan has issued a commemorative coin to mark the 550th anniversary of the founder of Sikh religion Guru Nanak Dev Ji.

Prime Minister Imran Khan in his Facebook account has also shared the picture of the commemorative coin.

Pakistan and India have already signed an agreement for the opening of the Kartarpur corridor.

Prime Minister Imran Khan to inaugurate the corridor on the 9th of next month which will facilitate the Sikh community to visit their most revered place in Pakistan.

As many as 80 immigration counters at the Kartarpur Corridor have been set up for timely clearance process of a large number of Indian pilgrims who are expected to visit the holy shrine in Pakistan.

Prime Minister Imran Khan had also laid the foundation-stone of Baba Guru Nanak University, to be constructed at an area of 107 acres in Nankana Sahib.

The Government of Punjab has released initial funds for the construction of university which will comprise academic blocks for various disciplines and also hotels for accommodation of students.

The step is in connection with the 550th birth anniversary celebrations of the founder of Sikh religion Baba Guru Nanak next month.