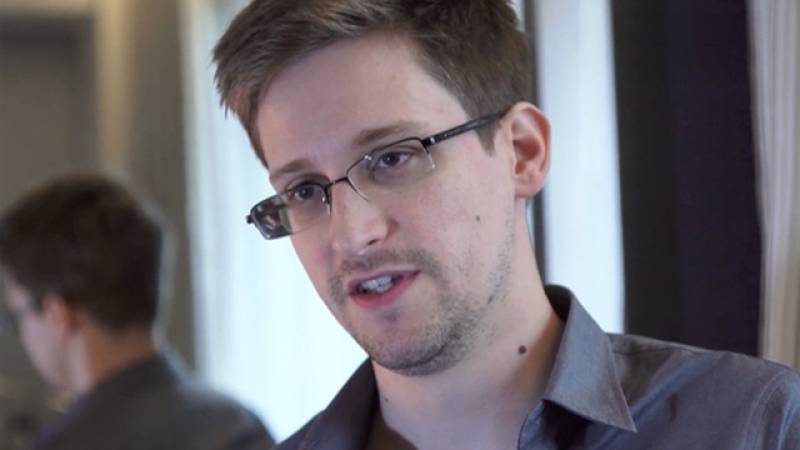 MOSCOW (Web Desk) - The former National Security Agency (NSA) agent Edward J. Snowden, who became the biggest whistle blower in 2013, has finally opened a verified Twitter account and amazingly he tweeted "Can you hear me now?" in his first post.

Can you hear me now?

The on-the -run spy Tuesday followed the NSA on Twitter and immediately trolled the American surveillance agency to test whether agency could still hear him or not.

Snowden's first words on his Twitter could be related to an old television commercial for Verizon in which an actor playing as a technician tested the range of the company's wireless network by saying same sentence.

According to information available at Snowden's account he is following only one user on micr-blogging website so far and that National Security Agency (NSA). His bio says "I used to work for the government. Now I work for the public." He introduced himself as "Director at Freedom of Press Organisation."

His other tweets show him writing about citizen rights and NSA's surveillance program.

.@neiltyson Thanks for the welcome. And now we've got water on Mars! Do you think they check passports at the border? Asking for a friend.

.@neiltyson Surveillance never sleeps, and secret projects @FreedomofPress are keeping me busy, but I still find time for cat pictures.

In a tweet he calls himself a citizen with voice.

Edward Snowden became the worst dream of America's NSA when he leaked a large of number of phone calls and other spying material of the agency to media worldwide. He is currently residing in Moscow under a political asylum.