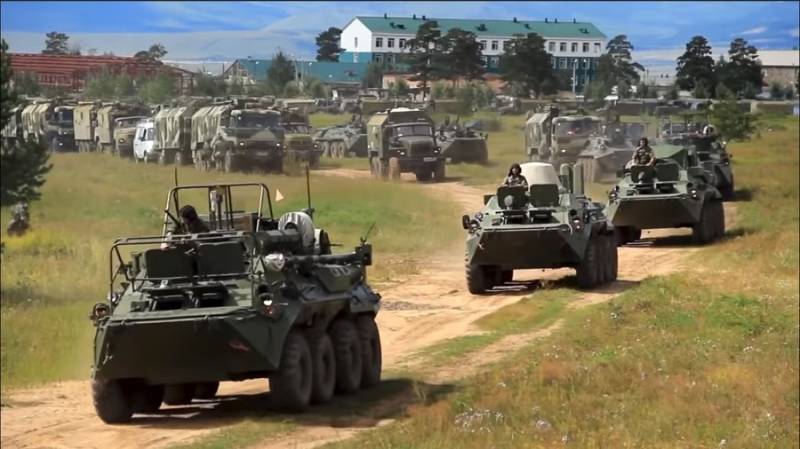 MOSCOW - Some 300,000 troops and tens of thousands vehicles, aircraft and warships are participating in the largest military exercise Russia has staged in 37 years. Units from China are to take part in the manoeuvres as well.

The Vostok 2018 exercise is meant to test the capability of the Russian military to rapidly move and deploy large forces over long distances as well as coordinating between several branches during a large-scale engagement.

The war games will include around 300,000 Russian soldiers and officers, including 6,000 airborne troops, over 1,000 warplanes, helicopters and drones, about 36,000 armor, and 80 combat and support ships.

The assets have been sent from all over Russia to several training ranges in the Far East of the country by railroad and military transport planes. Several units of the People’s Liberation Army of China will join the Russians for a drill at the Tsugol range.

For some participants, Vostok 2018 will be their first chance to show off some new weapon systems. For instance, the Airborne Troops will be deploying their freshly-supplied BMD-4M air-dropped infantry fighting vehicles and Patriot pickup trucks armed with Kornet anti-tank missiles. Meanwhile, the military engineers will be doing their best to confuse “the enemy” with inflatable mock-ups of Iskander missile launchers and S-300 anti-aircraft batteries.

One of the key elements of the entire exercise, however, will be hard to notice from afar. Russian military communication specialists have deployed a secure network over an area of around 9.8 million square kilometers to ensure the exchange of intelligence and stable communications between the many military units involved in the drill. A broadband link to the General Staff HQ in Moscow 900km away will keep the military chain-of-command in order.

The exercise will be witnessed by monitors from 57 nations as well as NATO and the European Union, according to Deputy Defense Minister Aleksandr Fomin. He added that Russia informed NATO of the planned exercise months ahead of time during a meeting in May.

The US-led military bloc routinely voices concern over Russian exercises. The Vostok-2018, however, was not targeted by a wave of suspicion similar to its counterpart last year, the Zapad-2017, which some allies framed as bordering on an act of aggression and a possible ruse to launch an invasion of the Baltics. The fears never materialized, just as Moscow said.

The start of Vostok-2018 coincided with a meeting between Russia's President Vladimir Putin who met his Chinese counterpart Xi Jinping on the sidelines of the Eastern Economic Forum in Vladivostok.

Putin said Moscow has a "trusting relationship" with Beijing "in politics, security and defence", while Xi said both countries would continue to "make joint efforts to … push the China-Russia relationship up to a new height".

The three-day meeting in Vladivostok brings together the leaders of Russia, China, Japan and South Korea, as well as 5,000 delegates from 60 countries.

It is the two leaders' third meeting and comes amid an escalating US-China trade war and US-led sanctions against Russia over the conflict in Ukraine.