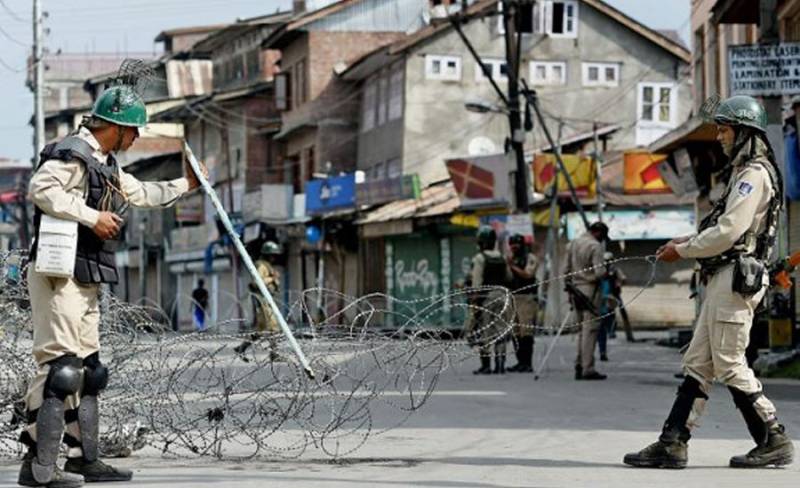 UNHCHR spokesperson Rupert Colville in a statement said, “We are extremely concerned that the population of Indian-Administered Kashmir continues to be deprived of a wide range of human rights and we urge the Indian authorities to unlock the situation and fully restore the rights that are currently being denied”.

The global human rights body said that twelve weeks ago, on 5 August, the Government of India revoked constitutional provisions granting partial autonomy to the state of Jammu and Kashmir and announced the creation of two separate federally-administered Union Territories, which will come into effect this Thursday (October 31). At the same time, very restrictive measures were imposed.

Although some of these measures have been relaxed, their impact on human rights continues to be widely felt, it added.

“The undeclared curfew imposed by the authorities in the region was lifted from much of Jammu and Ladakh region within a few days, but is reportedly still in place in large parts of the Kashmir Valley, preventing the free movement of people, as well as hampering their ability to exercise their right to peaceful assembly, and restricting their rights to health, education and freedom of religion and belief.”

There have been several allegations of excessive use of force including the use of pellet-firing shotguns, tear gas and rubber bullets by security forces during sporadic protests, with unconfirmed reports of at least six civilian killings and scores of serious injuries in separate incidents since 5 August, the spokesperson said.

“We have also received reports of armed groups operating in Indian-Administered Kashmir threatening residents trying to carry out their normal business or attend school, as well as several allegations of violence against people who have not complied with the armed groups' demands. At least another six people have been killed and over a dozen injured in alleged attacks by armed group members since 5 August”.

Hundreds of political and civil society leaders, including three former chief ministers of Jammu and Kashmir, have been detained on a preventative basis, the UNHCHR said.

While some political workers have reportedly been released, most senior leaders – especially those from the Kashmir Valley – remain in detention, it noted.

“We have also received a number of allegations of torture and ill-treatment of people held in detention. These must be independently and impartially investigated. Torture is totally and unequivocally prohibited under international law,” read the statement.

“While restrictions on landline telephones were eventually lifted, and a state-run telecom company allowed to resume partial mobile services, all internet services remain blocked in the Kashmir Valley. Media outlets continue to face undue restrictions, with at least four local journalists allegedly arrested in the past three months.”

The international body also criticised the India judiciary for not settling the matter of important nature on fast pace. It said, “The Supreme Court of India has been slow to deal with petitions concerning habeas corpus, freedom of movement and media restrictions”.

“The Jammu and Kashmir State Human Rights Commission, the State Information Commission (which implements the right-to-information laws) and the State Commission for Protection of Women and Child Rights are among key institutions being wound up, with the new bodies to replace them yet to be established,” the UNHCHR said.

Meanwhile, major political decisions about the future status of Jammu and Kashmir have been taken without the consent, deliberation or active and informed participation of the affected population. Their leaders are detained, their capacity to be informed has been badly restricted, and their right to freedom of expression and to political participation has been undermined.