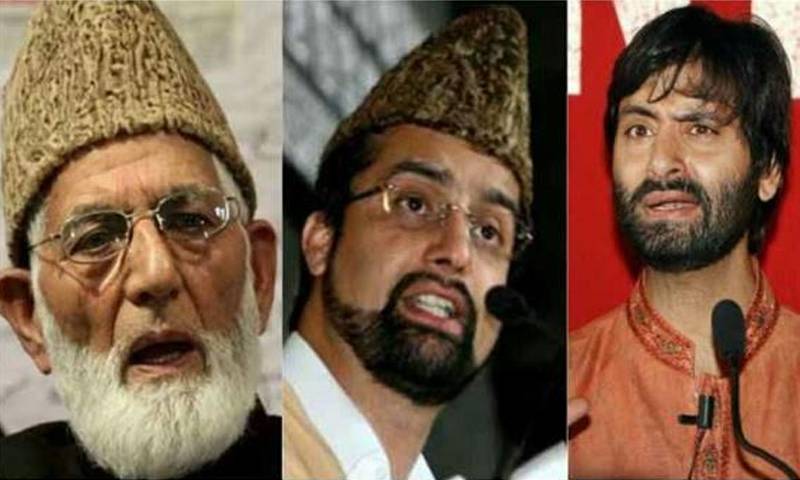 According to Kashmir Media Service (KMS) forceful anti-India and pro-freedom rallies were held across the territory against the visit of Indian parliamentarians.

Around 500 civilians were injured when Indian forces subjected the protesters to the worst kind of torture on the fateful day.

Four out of twenty eight Indian parliamentarians took upon themselves to reach out to the Hurriyet leaders, spearheading the anti-India uprising in the territory. Sitaram Yechury (CPM), D Raja (CPI) and Sharad Yadav (JD-U) went to meet Syed Ali Gilani and Yasin Malik, who are under detention at home and in jail respectively.

The delegation was received with slogans outside the residence of Syed Ali Gilani and the gate of his house was not opened for them. Gilani saw them from the window, but refused to meet the parliamentarians.

“We will have a cup of tea,” Yechury pleaded, but to no avail. The MPs left amid anti-India slogans.

The MPs then went to meet Abdul Ghani Butt and Shabbir Ahmed Shah, but in vain. Owaisi went to the Mirwaiz but the latter refused to talk.

Asaduddin Owaisi told media persons that “he is upset over the killings. He said they decided not to meet anybody because the Indian government was not serious on holding a political dialogue”.