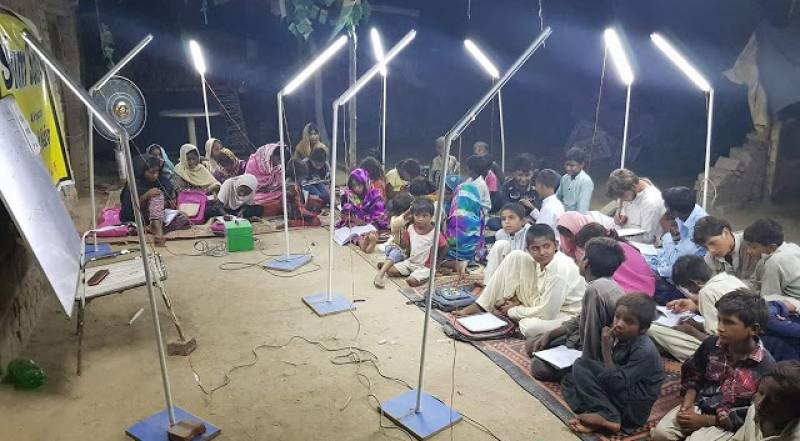 FAISALABAD - In an attempt to win a war over illiteracy, a Pakistani education-lover has started a unique school to facilitate the children in the slum areas of Faisalabad.

The SLUM - Students Learning Under Moon - School project was initiated by 23-year-old Rohayl Varind in 2016, introducing an alternative education system for 23 million out of school children living in Pakistan. It is also called solar night school as solar fans and lights are used to teach the children. 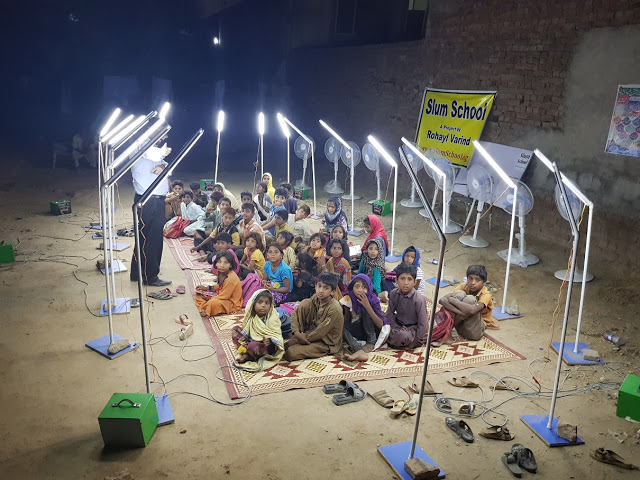 The school, which is located in the slum of Faisalabad, starts around 7pm after the sunset as most of the students enrolled with it are those who work the whole day and get free time in the night. These students can easily join the school after their work due to its timing.

Slum School is a system of education designed for the deserving yet underprivileged students. Since its inauguration in 2016, it is teaching more than 100 students with free provisions of food, bags, books, clothes, sports items and stationery. 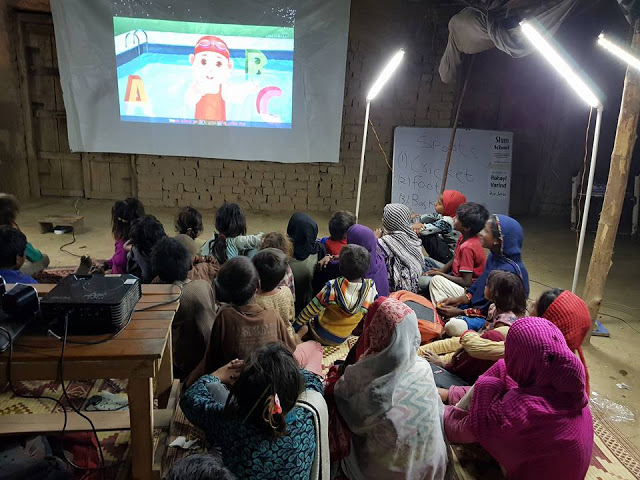 The school not only teaches the basics to children from underprivileged backgrounds but also teaches them basic ethics and etiquette.

There are also some other engaging activities Family Days, Sports Days, Ice Cream days, Mango Parties, Eid Milan Parties, Arts Classes etc the school has tried to keep the students interested. There are also distribution ceremonies where students are given chocolates, biscuits, clothes, food and other gifts. 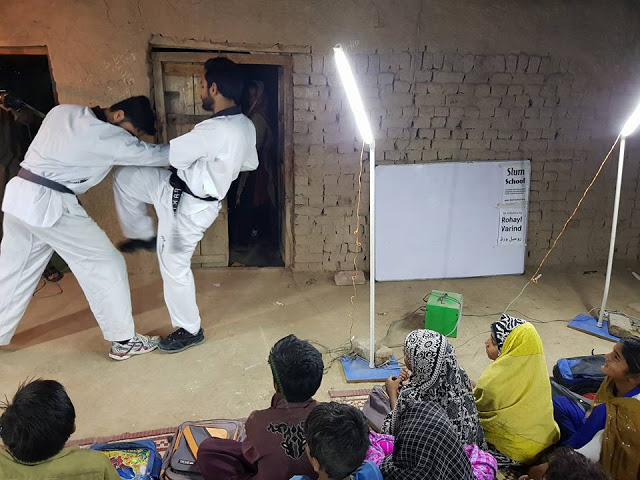 The classes take place outdoors with just a whiteboard for the teacher to write on and a piece of cloth for the students to sit and learn.

Rohayl, who is the founder of Pakistan's first labour school, has taken it upon himself to go to the school for at least two hours on a daily basis.

The quality of education at the Slum School is in no way enough to negate the need for a formal education, but the effort alone is commendable.

Rohayl Varind also argues that “the main motive is to bring knowledge and basic level education to otherwise deprived children and adults, who would not be having even an inkling of or just meager knowledge or education otherwise”. 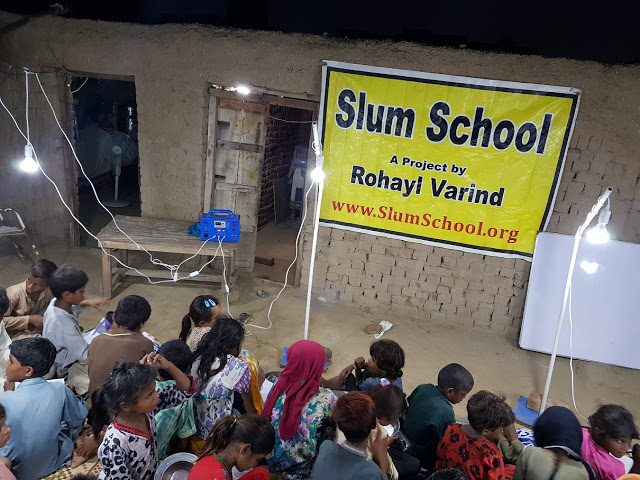 Slum School has also been featured by numerous international and Pakistani media.

When asked about how he supports his venture and how should people contact him if they want to contribute, he said that there are no permanent donors.

"Moreover, we don't take cash donations from anyone and would prefer if people buy a board and a market themselves and start teaching unprivileged kids around them, like their maids, the security guards, their children, and so on," he added.

Rohayl Varind is an International Award Winning Entrepreneur, Innovator, Social Activist & Educationist. Winner of World Summit Youth Award 2014-2015 in Sao Paulo, Brazil from 1898 submissions, spanning 138 countries, impressing a panel of 40 jurors from all corners of the globe. He is the founder of several welfare projects as well as entrepreneurial projects such as Slum School, Labour School, Solar School Bags, Wall of Humanity, Share To Aware, Voice of R, Times of Youth, War Against Poverty etc.

He is a blogger writing on Child Labour for Pakistan's leading news channel moreover he is working as Jury Member & Ambassador of World Summit Awards.