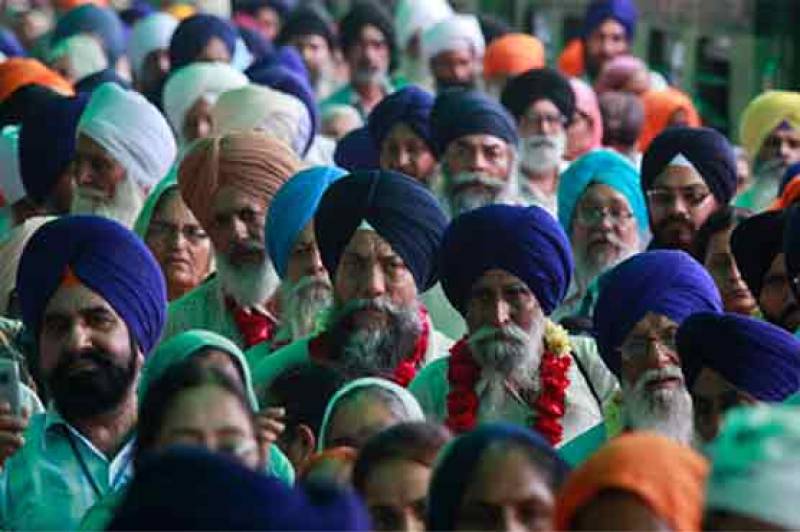 NANKANA SAHIB - A special delegation of around 500 Indian Sikh pilgrims has arrived Pakistan to participate in the inaugural ceremony of celebrations of the 550th birth anniversary of Baba Guru Nanak in Nankana Sahib tomorrow (Thursday).

A special caravan of 480 Indian Sikh pilgrims crossed over to Pakistan through the Wagah border on Tuesday morning. The Sikh pilgrims will stay at Gurdwara Janam Asthan also referred to as Gurdwara Nankana Sahib for two days.

A statement issued by Pakistan High Commission in New Delhi said that Pakistan believes in the policy of promoting visits to religious shrines and people-to-people contacts between the two countries.