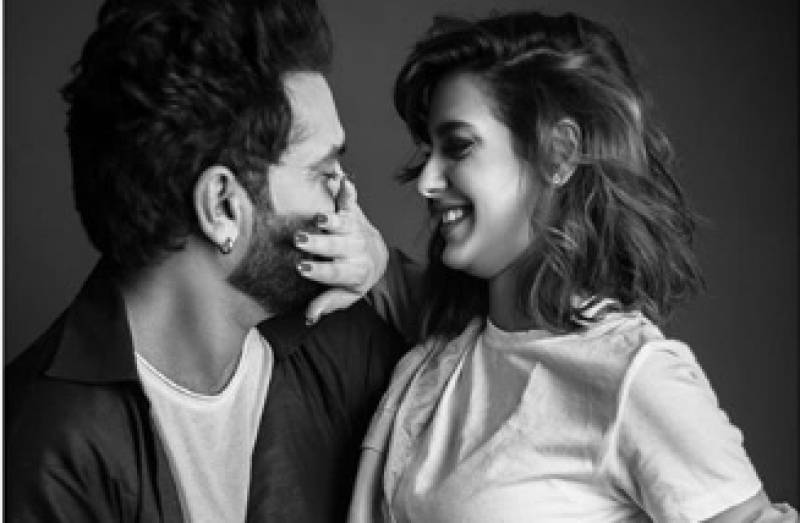 KARACHI - The popular Pakistani TV stars Iqra Aziz and Yasir Hussain are officially engaged now. The first picture from their engagement is being circulated on social media.

Iqra Aziz is seen wearing a white and gold outfit while Yasir Hussain is pulling off white shalwar kameez with a maroon waistcoat. The couple looks super cute as they make their relationship official.

Both of the stars were frequently seen posting stories and posts on social media and the couple posted a love confession on their Instagram account last Valentine’s Day.

It was then that the couple had made it official at LSA with their engagement. In a dramatic scene, Yasir Hussain while hosting the show suddenly took a pause from his performance and expressed his feelings for Iqra.

He bowed down on his knees and proposed Iqra during the mega event. The actor also presented her with an engagement ring which Iqra happily accepted. This was followed by Yasir Hussain intimately kissing Iqra.

Here, wishing a happy life ahead to the newly-engaged couple!