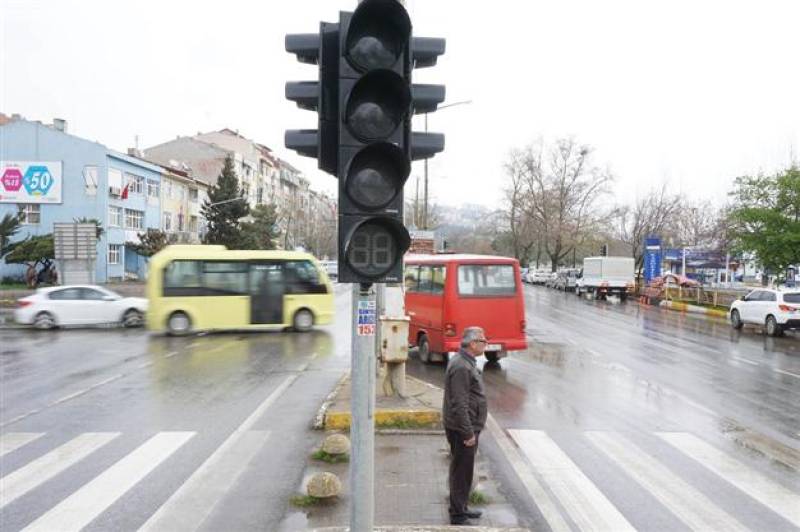 ISTANBUL ( Web Desk/Agencies) - Scores of provinces in Turkey suffered a massive power cut on March 31 for an unknown reason, bringing to a halt mass transportation, hospitals and production for several hours.

Officials told daily Hürriyet that a technical problem in the system of the Turkish Electricity Conduction Company (TEİAŞ), which operates energy transmission lines, led to the massive outage.

Doğan News Agency reported that almost all 81 provinces were affected by the cuts, except for the eastern province of Van, which imports electricity from neighboring Iran.

Metro networks in Istanbul and Ankara, trams and the high-speed train in Eskişehir were all affected by the power cut, which began at around 10:36 a.m. in Istanbul and continued for around three hours. The traffic congestion was seen in Istanbul in the morning as commuters were unable to use the metro networks, Marmaray or trams in the city.

“Every possibility including a terrorist attack is being investigated” about the outage, Prime Minister Ahmet Davutoğlu told reporters in Ankara on March 31. He added that a crisis desk had been established at the Energy Ministry and that the public would be informed every hour about the developments.

Energy Minister Taner Yıldız also said the authorities were investigating whether the power outage was due to a technical failure or a “cyber-attack.” “I also cannot say whether or not there was a cyber-attack. The most important thing for us is to bring the system back to life. This is not something we frequently experience,” Yıldız said, ruling out suggestions that the country was suffering from an energy shortage.

Yıldız said about 90 percent of electricity had been restored to Istanbul, Turkey’s largest city. “Crowded places such as metro stations have been given electricity and we believe the rest of the country should be fully powered shortly,” he added.

The Energy Ministry also released a statement, saying a problem occurred with the main distribution lines and that the cut likely originated in the Aegean region. The ministry said a power cut on the scale had not been seen in 15 years since the since 1999 Marmara earthquake.

In the western province of Kocaeli, one of the industrial centers of Turkey, several factories stopped production in the morning as most of the province was affected by the blackout.

Vangölü Electricity Distribution company (VEDAŞ) system management director Ali Cantürk Demir said Van had suffered only a partial electrical cut because the city receives electricity from Iran. He added that the southeastern province of Hakkari which directly receives power from Van also did not suffer majorly from the cuts.

Demir said Muş and Bitlis province in the region were also provided with electricity after 12:45 p.m.

Kocaeli Chamber of Industry head Ayhan Zeytinoğlu said factories halted production, as only a few facilities remained open with generators in 13 industrial zones in the city.

Textile factories in the Aegean province of Denizli also stopped production as employees were sent home due to the energy shortage.

Denizli Chamber of Industry head Müjdat Keçeci said their loss would be serious. Other factories in Bursa and Manisa provinces were also negatively affected.

The blackout trapped people in elevators in many cities including Istanbul, Ankara and İzmir as rescue teams rushed to subway stations to evacuate stranded passengers. Traffic lights were also out in several places in the city, causing huge traffic jams, with officers taking to the streets in an attempt to break the logjams.

Conspiracy theories for the outage also did the rounds on the Internet, with the situation the top trend under the hashtag #BuradaElektrikYok (There is no electricity here).

Turkey is seeking to move forward in its bid to create a regional power market by privatizing its power suppliers. It completed the privatization of 20 power distribution grids in 2013, and no longer owns any.