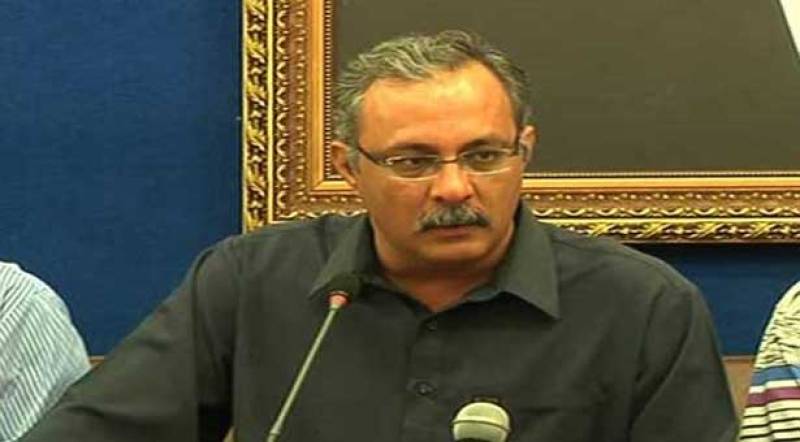 KARACHI (Staff Report) – Muttahida Qaumi Movement (MQM) has accused Pakistan Tehreek-e-Insaf (PTI) activists of defiling the sanctity of the memoir of party martyrs and chanting inappropriate slogans which, according to him, incited a bitter reaction from MQM supporters.

In response to the remarks of PTI leader Imran Ismail whose convoy came under an attack from baton-wielding MQM backers near Jinnah Ground in Azizabad area, Haider Abbas Rizvi told a news conference that the locals of Azizabad held party chief Altaf Hussain in high esteem and they went berserk when their leader was abused and his posters torn.

It may be mentioned here that the Muttahida has always won from the constituency of NA-246 over the past 30 years.

The top MQM leader said every party reserves the right to contest elections and hold rallies anywhere, but, he added, they should at least follow a certain code of conduct. He also asked the Election Commission of Pakistan to introduce a code of conduct for all the political parties.

Rizvi, who is a senior MQM central executive committee member, extended hopes that his party would once again win the upcoming by-poll to NA-246.

Earlier, workers of PTI and MQM came face-to-face upon PTI leader Imran Ismail's visit to the NA 246 constituency of Azizabad. The PTI leader blamed the MQM workers for attacking his convoy.

“MQM is reeling from our party’s growing popularity in Karachi. We are not afraid of undemocratic practices of the Muttahida. We have absolutely no fear. And I will still run for the election for NA-246. It is my home,” he said.