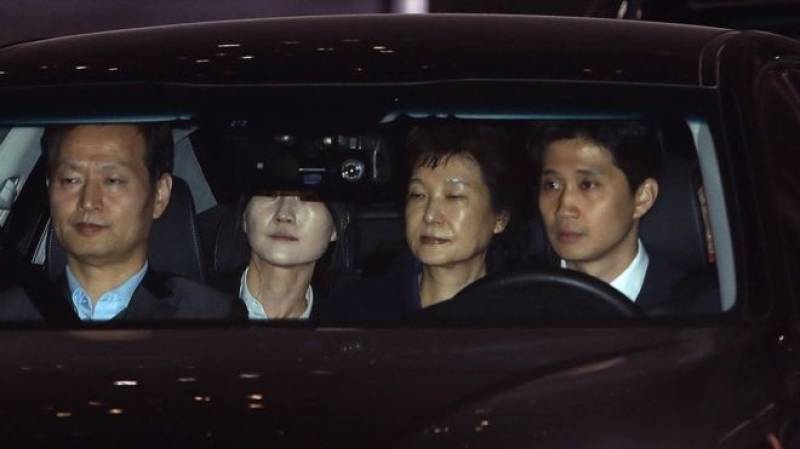 SEOUL - Following the orders passed by a court, ousted South Korean President Park Geun-hye has been arrested over a corruption scandal that caused her dismissal.

The former president was facing charges of allowing her close friend Choi Soon-sil to extort money from companies, including Samsung, in return for political favours, BBC reported.

However, Ms Park, who was removed from office earlier this month, has denied the allegations.

She is the third former president of South Korea to be arrested over criminal charges, Yonhap reports.

Earlier, the Seoul Central District Court issued a warrant to arrest Ms Park while she is grilled on charges of bribery, abuse of authority, coercion and leaking government secrets.

It followed a nearly nine-hour long court hearing on Thursday that the former president attended.

"It is justifiable and necessary to arrest [Ms Park] as main allegations were justified and there is risk of evidence being destroyed," the court remarked.

Despite the early hour, some 50 supporters reached the court, waving national flags, to welcome here, the international news agency reports.

Ms Park can be detained for up to 20 days before being formally charged. If convicted she could face more than 10 years in jail.

Ms Park lost her presidential immunity and was ousted from her post when the constitutional court backed a decision by parliament in December to impeach her.

Ms Choi is accused of using her presidential connections to force companies for getting millions of dollars in wake of donations to non-profit foundations she controlled.