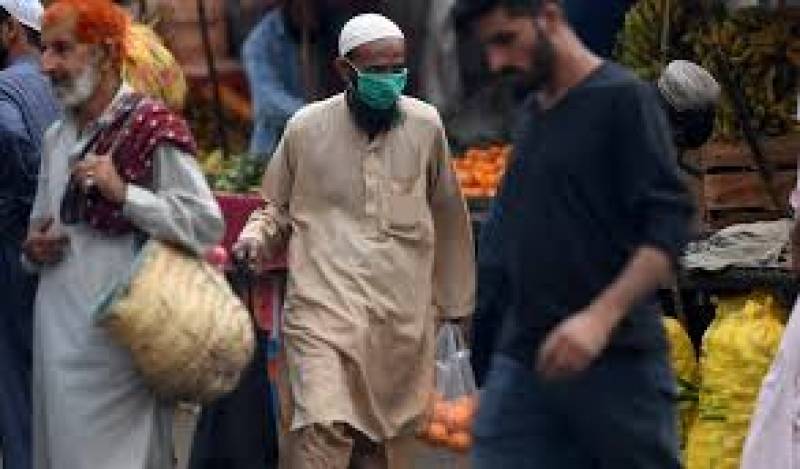 ISLAMABAD - The confirmed Coronavirus infection cases in the country have reached to 1865.

According to media details, these include 652 cases in Punjab, 627 in Sindh, 221 in Khyber Pakhtunkhwa, 153 in Balochistan, 58 in Islamabad, 148 in Gilgit Baltistan and six cases in Azad Kashmir.

25 deaths have been reported from the disease so far while 58 patients have recovered.

12 patients were said to be in critical condition.

Earlier on Monday, Prime Minister Imran Khan has urged the nation to get united to make the fight against coronavirus successful.

In his address to the nation, the Prime Minister said the world is fighting against the coronavirus according to their capacity. He said the only country that has remained successful so far in this struggle is China that put 20 million people under lockdown to overcome the killer bug.

If Pakistan had similar situation like China, Khan said, he could have shut down the whole cities. However, he added, twenty five percent of our population lives under the poverty line and additional twenty percent is on the borderline.

Imran Khan said no lockdown can be successful if people become unemployed and have nothing to eat. He said corona virus does not distinguish between rich and poor and everyone will have to play their role in its success.

Khan then announced establishment of Corona Relief Tiger Force that will work in collaboration with civil administration and army to contain the spread of corona virus.  He said a cell is working in the PM Office round the clock to monitor the situation closely.

He said in a week's time situation will be clear regarding the spread of virus. The Prime Minister said the volunteers of Tiger Force will help deliver food to areas under lock down, besides disseminating awareness to the public.