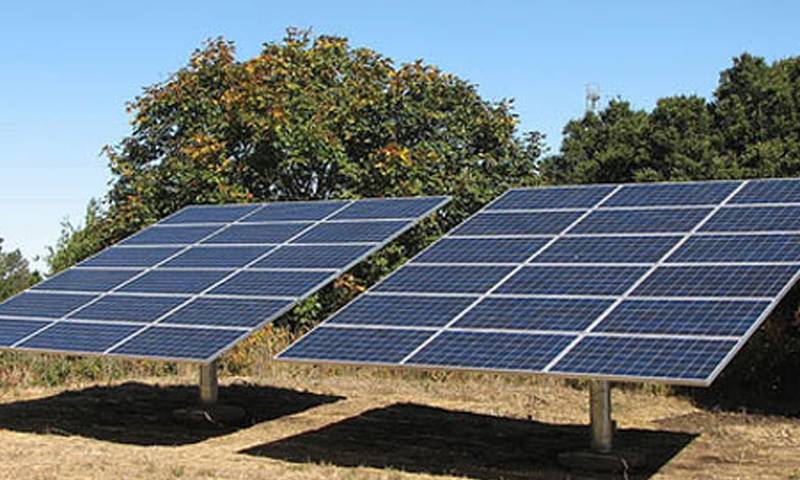 PSA Chairman Engineer Faiz Bhutta told APP here that in its proposals for next federal budget 2015-16, the Association recommended that all solar equipment including solar panel, battery, charge controllers (off-grid, on-grid and hybrid) should be exempted from all kinds of taxes and duties.

This step, he claimed, would help end power load-shedding completely within next two to three years.

He said, the Association also called for including the control unit and solar energy monitoring devices in duty-free schedule and excluding these from the tax and duties tariff list, besides making the standard certification mandatory for import of quality solar equipment. And new customs tariff codes, wherever necessary, be formed, while removing all complexities in this regard, he added.

It was also mentioned in the PSA budget proposals, he said, the import of solar energy plants and related equipment had been duty free under SRO 575 (1) since 2006 till 2014. However, under the fifth and sixth schedule of Finance Act 2014, he said that 32 percent duty imposed on import of solar panel, 55 percent on solar batteries, 35 percent each on invertors and charge controller. Though keeping in view the public demand, the government abolished import duty on solar panel, its import could not jack up due to heavy duties on the batteries, invertors and other related equipment, he maintained.

The PSA Chairman said, Pakistan's GDP (Gross Domestic Product) growth rate had every year been lowering by three to four percent and her economic growth rate had also been dwindling due to prevailing severe energy crisis. Therefore, zero rate duty and taxes on all solar equipment was inevitable, since solar energy was a ready solution to electricity crisis, he added.

Faiz Bhutta said that solar system was a modern technology being adopted by developing and developed countries, which were making huge investment on solar energy generation.

To a question, he said that last year, Pakistan had imported solar panels of accumulative capacity of 300 mega watts and this year, import target was of 1500MW panels, while up to 10MW solar energy panels were being manufactured locally.

He mentioned that locally manufactured solar panels were not IEC 61215 and IEC 61370 certified as well as having no performance guarantee and banks warranty. The local solar panels were also not up to tenders requisites at national and international level, he added.