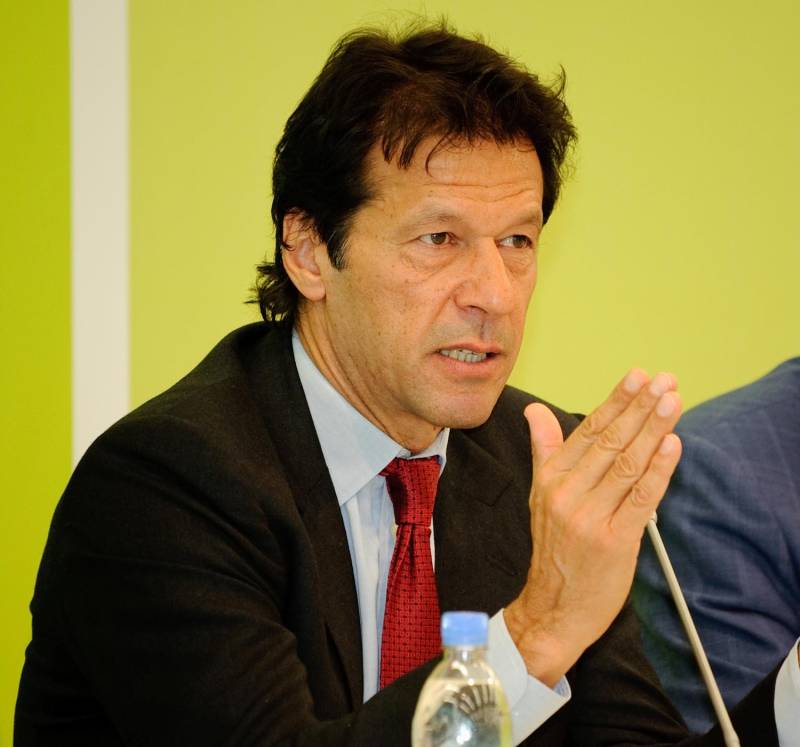 ISLAMABAD (Web Desk) - Pakistan Tehreek-e-Insaf (PTI) Chairman Imran Khan Sunday called upon the Election Commission of Pakistan (ECP) to order an inquiry into allegations of rigging in local government’s election within one month, adding that such complains were expected in such a massive election, contested by more than 81, 000 people.

Addressing a press conference, Khan said that Khyber Pakhtunkhwa government had no role in the arrest of senior ANP leader Mian Iftikhar Hussain.

He declaredthat neither government ordered his arrest, nor it would ask the police to withdraw case against Mian Iftikhar.

“I have great respect Mian Iftikhar, who is a brave man,” he said.

“There is no interference of Khyber Pakhtunkhwa government in police matters. Police will have to act as per the law.”

He took exception to Asif Ali Zardari’s criticism on arrest of Mian Iftihar. “We have seen what you (Zardari) have done to Zulfiqar Mriza,” he said.

He rejected impression that Khyber Pakhtunkhwa government had failed to maintain law and order situation during the polling, saying that the whole provincial administration was at the disposal of ECP.

“I called up Chief Minister Pervez Khattak many a times, but he too was helpless as it was the job of ECP.”

Despite coming into power for five or six times, PML-N and PPP never held local government elections, he said. “This is the change I always talked about. We have devolved power to village level. This is the real democracy.”