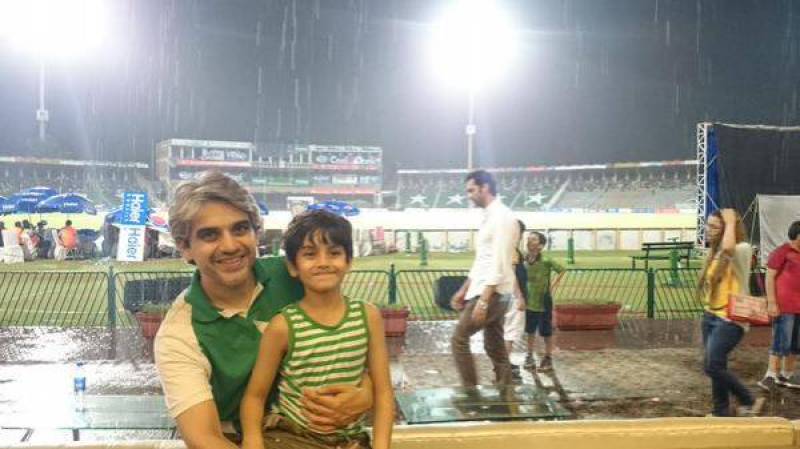 LAHORE (APP) - The third and final day-night international between Pakistan and Zimbabwe ended as a no result in Lahore on Sunday after play was ended by a sandstorm followed by rain.

Zimbabwe, chasing a target of 297 to win, were 60-0 before a power failure in a floodlight tower and a heavy sandstorm forced the players to walk off the field at Gaddafi Stadium.

The teams came back for one over during which Zimbabwe, chasing a revised target of 281 in 46 overs under the Duckworth-Lewis formula, added eight more runs without losing a wicket.

A heavy downpour then forced the players off once more before the umpires called off the match as rain continued to fall.

Pakistan took the three-match series 2-0 having won the first game by 41 runs and the second by six wickets -- both in Lahore.

Mohammad Hafeez scored a run-a-ball 80 with eight fours and a six while Babar Azam notched a 60-ball 54 to lift the home team to 296-9 after Pakistan won the toss and decided to bat on another flat Gaddafi Stadium pitch.

Zimbabwe had got off to a sound start with Vusi Sibanda not out on 28 and fellow opener Chamu Chibhabha on an unbeaten 39.

Security was enhanced around the stadium and team hotel after a blast on Friday night which police said was a cylinder explosion but federal information minister Pervez Rasheed described as a failed suicide attack which killed two people.

Despite that, Zimbabwe, the first Test-playing nation to come to Pakistan since a terror attack on the Sri Lankan team bus in Lahore six years ago, decided to continue with the tour.

Hafeez gave Pakistan a sound start with a partnership of 115 with skipper Azhar Ali, who made 46, before Babar and Anwer (38 not out) gave the score a significant boost in the final overs with some sublime batting.

Ali was run out in the 20th over as he failed to complete a single. He hit four boundaries and a six during his 59-ball knock.

Raza then came into his own, trapping Hafeez with a sharp delivery before dismissing Asad Shafiq (16) and Sarfraz Ahmed (25) to improve on his 2-25 against Afghanistan at Bulawayo last year.

In between Shoaib Malik, who scored a hundred in the first match, was run out while taking a second run for three.

Babar kept his cool, reaching his maiden fifty off 54 balls with four boundaries before being bowled but he and Anwar helped Pakistan add 54 in the last five overs.