Sachin Tendulkar once fielded for Pakistan under Imran Khan’s captaincy 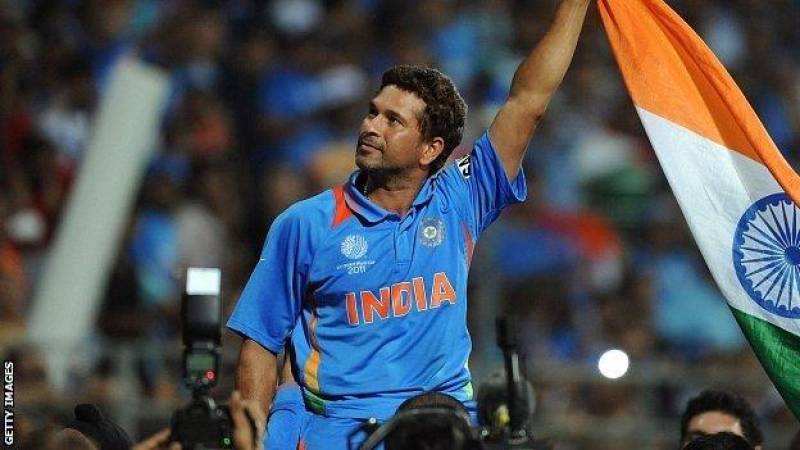 India’s legend cricketer Sachin Tendulkar revealed in his book that he had once taken the field for Pakistan side in a match between two neighbouring countries before making his international debut.

The former Indian skipper, in his autobiography, Playing It My Way, recalled that he fielded for Paksitan 1987.

It is a well-documented fact that Tendulkar made his official international debut against Pakistan in 1989 in Karachi, but very few people know the fact that he made first appearance in international cricket when he fielded for Pakistan in a match against India at Brabourne Stadium, Mumbai.

"I don't know whether Imran Khan remembers this or has any idea that I once fielded for his Pakistan team," writes Tendulkar in an excerpt quoted by zeenews.india.com.

The Indian batting sensation added that since he was the standby fielder in the fixture and he was called for the fielding when Pakistan cricketers Javed Miandad and Abdul Qadir had left the field during the lunch break.

Tendulkar also shared details how he nearly took the catch of Kapil Dev but could not get to the ball despite running a long way.

Tendulkar, who announced his retirement in 2013, is the highest run-scorer ever in Test matches and one-day internationals.

KARACHI – Quetta Gladiators captain Sarfaraz Ahmed, who has been in quarantine at the hotel for the last seven ...