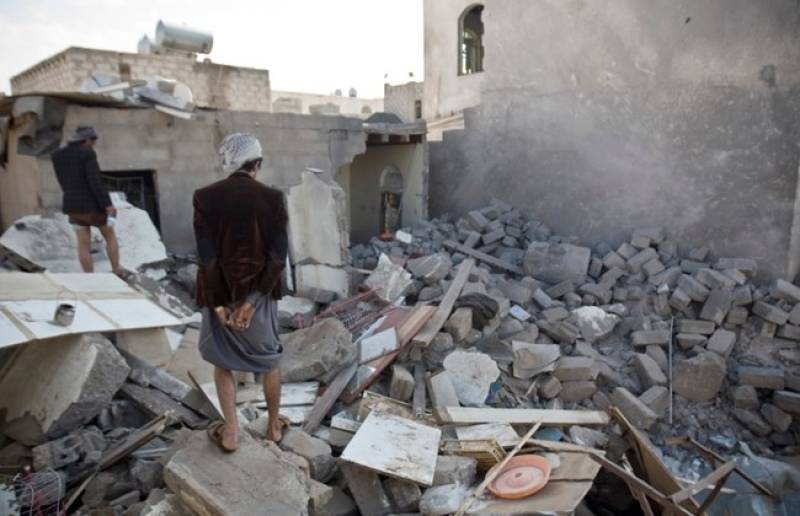 HUDAYDAH (Web Desk/APP) - An explosion at a dairy factory in Yemen's Hudaydah port killed at least 37 workers, medical sources said, with conflicting accounts attributing the blast to an air strike by a Saudi-led alliance or to a rocket landing from a nearby army base.

The incident would appear to be one of the biggest cases of civilian deaths since a Saudi-led coalition began an air campaign against Houthi militia on March 26.

The 26September website of Yemen's factionalised army, which mostly sides with the Houthis, said 37 workers were killed and 80 wounded at the dairy and oils factory "during the aggressive air strikes which targeted the two factories last night."

Medical sources in the city said 25 workers at the plant had been killed at the factory, which was located near an army camp loyal to former President Ali Abdullah Saleh, a Houthi ally.

Residents and witnesses contacted by Reuters said the air strikes had targeted the factory shortly after midnight on Wednesday. Others said rockets fired from the base - possibly as retaliation against the bombings - hit the factory.

The operation by Saudi Arabia and other Muslim states aims to prevent the Houthis and former Saleh from winning control of the country. They instead want to reinstate Saudi-backed President Abd-Rabbu Mansour Hadi.

Air strikes overnight hit Houthi positions along the Saudi border in Yemen's far North, an army bases in the central highlands, air defence infrastructure in the eastern Marib province, and a coast guard position near Hudaydah.

After the week-long campaign targeting Houthis and forces loyal to Saleh, the coalition has failed to secure Hadi's control over his last remaining enclave in the southern port of Aden a key aim of the campaign.