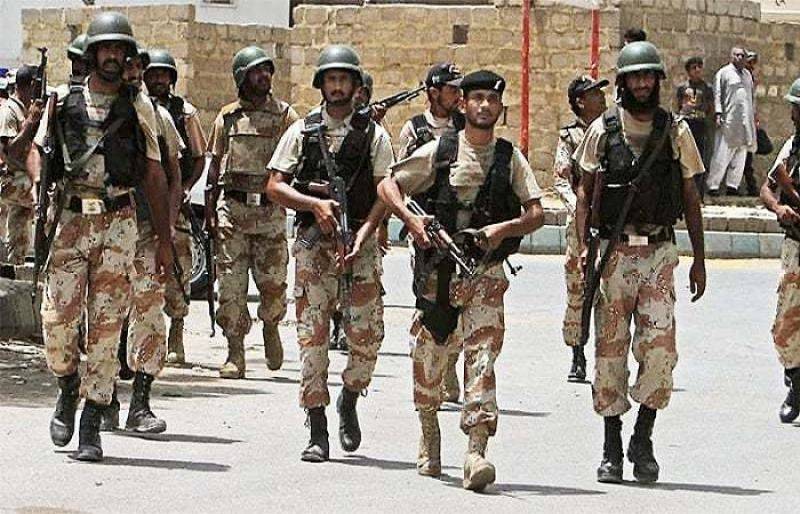 KARACHI - As the first match of Pakistan-West Indies T20 series is set to be held at Karachi's National Stadium today (Sunday), foolproof security arrangements have been made for the event.

Around 6,000 security personnel, including Rangers and police will be deployed inside and outside the stadium, while the Rangers have control of the entire stadium.

Three T20 matches will be played on April 1, 2 and 3 at the National Stadium, which recently witnessed title decider match of Pakistan Super League’ (PSL) third edition.

Walk-through gates have been installed at parking areas from spectators will be transported to the stadium after security clearance.

In order to facilitate cricket fans due to the hot weather, the timings have also been changed. The spectators will start reaching the stadium by 3pm and the gates will be closed at 7pm.

As per the traffic plan, road from Karsaz to National Stadium will be blocked for traffic while vehicles will be diverted towards Drigh Road and then towards Rashid Minhas Road.

Road from NIPA to University Road, new MA Jinnah road and Mazar-e-Quaid will be closed for public. Similarly, roads leading from Dalmia to the stadium will not be available to commuters.

From Liaquatabad No. 10 the traffic will be diverted to Karimabad and Aisha Manzil.

The guests were received by Sindh Sports Minister Sardar Bux Mahar at the Jinnah International Airport. The team members were presented the traditional Sindhi ‘Ajrak’ by the minister. They were later taken to their hotel just after they arrived at the airport.