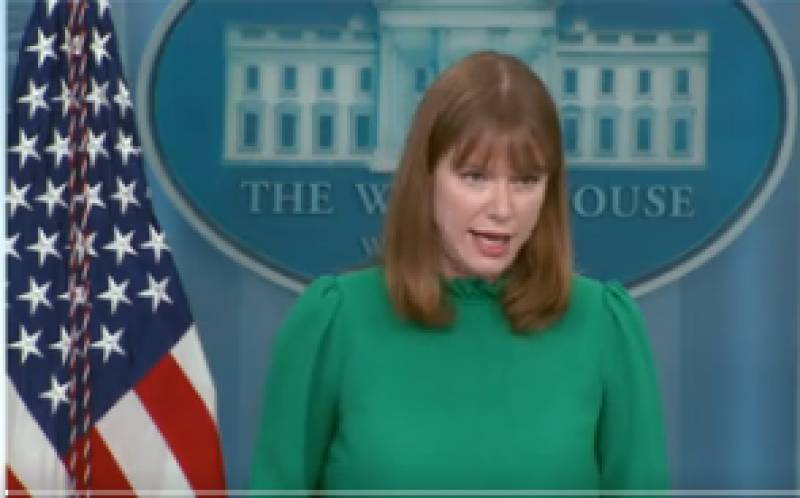 ISLAMABAD – The US State Department and the White House separately said there was “no truth” to allegations by Prime Minister Imran Khan that the US had threatened the Pakistani government via a letter.

The White House responded early Friday to the PM’s speech, in which he named the US government over the no-trust motion against him.

In his address to the nation on Thursday night, PM Imran Khan named a foreign country as he spoke of a conspiracy to topple his government by inciting a political campaign.

The prime minister is facing a no-confidence motion in parliament filed by the opposition, which will be put to vote on April 3 (Sunday).

“Well, we are closely following developments in Pakistan, and we respect, we support Pakistan’s constitutional process and the rule of law,” state department spokesperson Ned Price said at a briefing. “But when it comes to those allegations [of the letter], there is no truth to them.”

In a separate briefing, when asked about Khan’s allegation that the US was “working with the opposition to remove him from power,” a White House spokeswoman said: “There is absolutely no truth to that allegation.”

Imran Khan Thursday also chaired a meeting of his National Security Committee and announced after its conclusion that “a strong demarche [would be issued] to the country in question both in Islamabad and in the country’s capital through proper channel in keeping with diplomatic norms.”

“Participants also endorsed the Cabinet’s decision in the Special Cabinet meeting held on 30th March, 2022 under the Prime Minister’s chairmanship to take the parliament into confidence through an in-camera briefing of the National Security Committee of the Parliament,” the prime minister’s office said.

The foreign office subsequently said “the requisite demarches have been made through diplomatic channels.”

ISLAMABAD – Pakistan has registered a strong protest with a senior diplomatic official of the US mission in ...