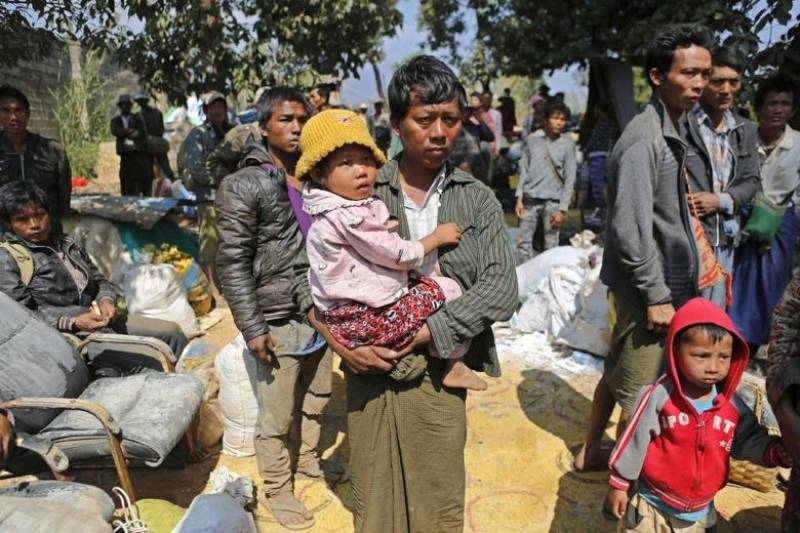 Monsoon rains over many weeks have led to flooding in most of the country (also known as Burma).

Thousands of people are sheltering in monasteries, but one report said people from the Rohingya Muslim minority were turned away from some shelters. 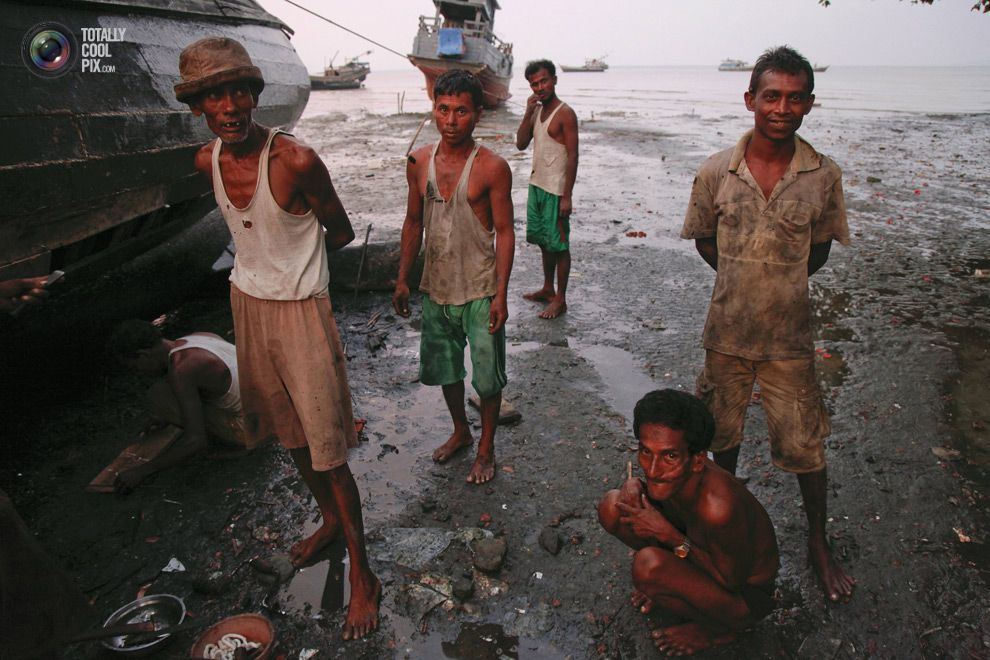 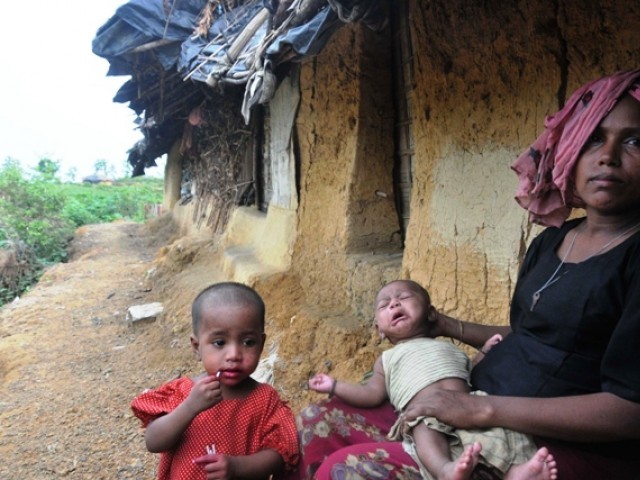 The United Nations says 140,000 people in Rakhine are living in camps near the region's capital, Sittwe. Most are Rohingya Muslims.

Myanmar has suffered heavy rain and landslides for weeks, but wind and rain from Cyclone Komen added to damage in recent days. 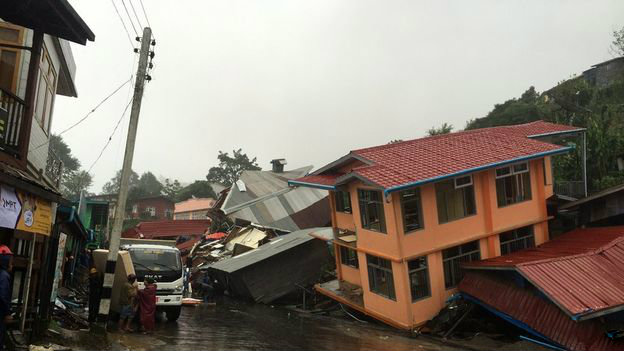 Mg Mg Khin, the director of disaster management with Myanmar's Red Cross, told the BBC that the country was facing "a big disaster" and that there was a risk of more rain over the coming weeks.

The Red Cross was waiting for information on the extent of damage to refugee camps in Rakhine, he added.

All but one of Myanmar's 14 provinces were affected by the rains, and aid groups were struggling to reach those affected, a social welfare ministry director said.

The states of Chin and Rakhine have been worst affected, the Global New Light of Myanmar newspaper reported. 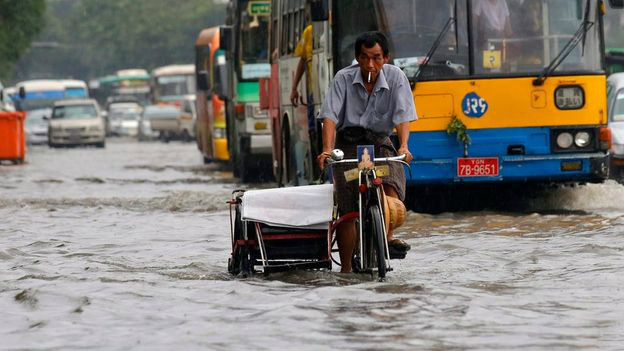 It said those regions "have seen huge destruction and face difficulty returning to normal".

Pierre Peron, the spokesman for the UN Office for the Co-ordination of Humanitarian Affairs in Myanmar, said some towns in Rakhine were completely cut off.

More than half a million acres of rice paddy fields have been flooded, the Ministry of Agriculture and Irrigation said. 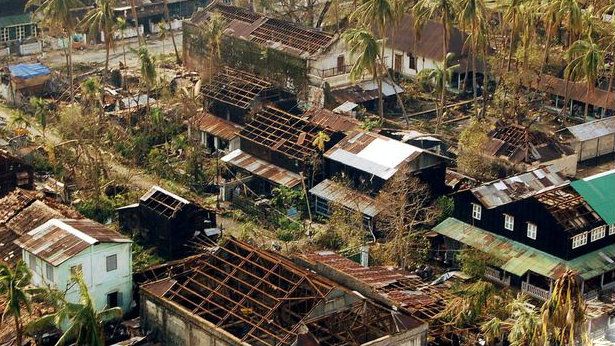 On Saturday, the UN said it was to send emergency teams to assess the need for food, drinking water and shelter. Areas close to the former capital, Yangon, have also been badly affected. 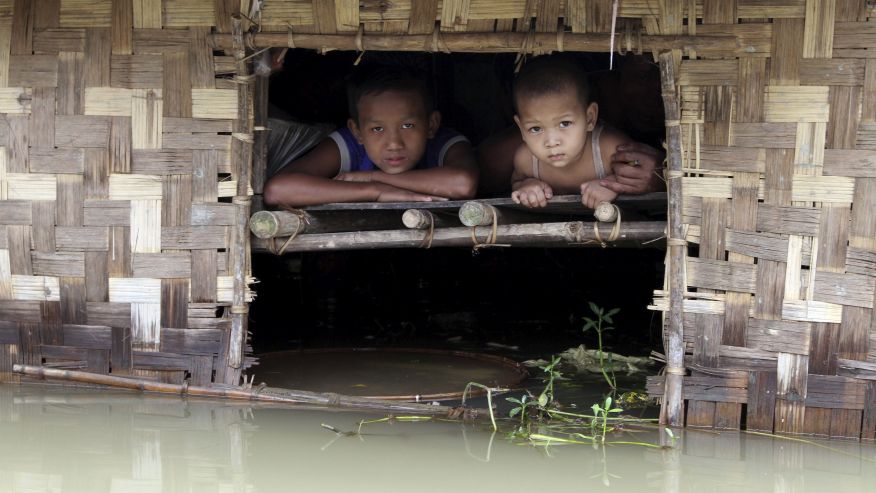 The rains in Myanmar come days after at least 17 people were killed in floods in Vietnam. Parts of India, including Manipur and West Bengal, have also been badly flooded.

Myanmar has long endured cyclone winds and associated rains. In May 2008, Cyclone Nargis made landfall on Myanmar's coastline. According to the Red Cross, 84,500 people were killed and 53,800 were left missing after the storm. One of the most deadly elements of the cyclone was a high storm surge, which flattened many villages.