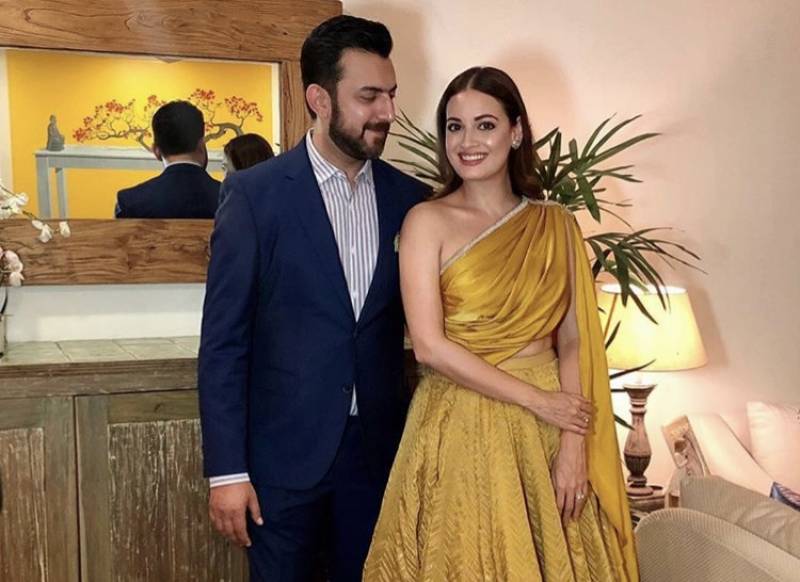 LAHORE- Actor Dia Mirza and her husband Sahil Sangha announced separation on Thursday after five years into their marriage.

Thee two were in a relationship for a long time before tying the knot on 18th December 2014. However, after 11 years of knowing each other, they have decided to split up cordially.

Dia posted a note on Instagram saying,“We remain friends and will continue to be there for each other with love and respect. While our journeys may lead us down different paths, we are forever grateful for the bond that we share with each other.”

She expressed her gratitude towards family, friends and the media for their continued love and support. The Sanju actor also requested everyone to respect their privacy at this point of time.

She further added, “We thank our family and our friends for all their love and understanding and members of the media for their continued support and request everyone to respect our need for privacy at this time. We will not be commenting any further on this matter. Thank you, Dia Mirza and Sahil Sangha.”

Sahil, who is a filmmaker by profession, owns a production company with Dia.

The actor was last seen on the silver screen opposite Ranbir Kapoor in Rajkumar Hirani’s Sanju, which released last year. She was also featured in a webseries Kaafir, in which she played the role of a Pakistani.