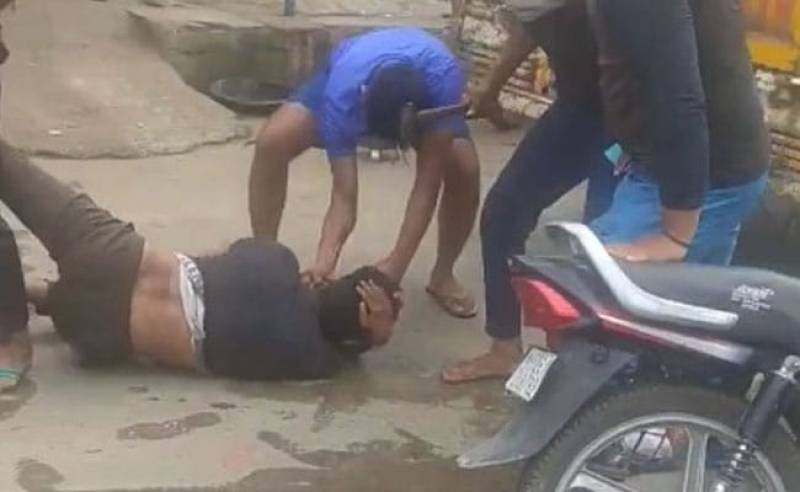 NEW DELHI - A Muslim man was brutally beaten up by a group of cow vigilantes in southwest of New Delhi in northern India for transporting cow meat.

The incident happened in Gurugram area when around a dozen members allegedly belonging to a Cattle Protection Unit (CPU) thrashed the man identified as Lukma in the presence of police officials.

A video of the horrific incident is doing the rounds on social media, sparking online criticism.

Lukman said he had reached Sector 4-5 Chowk around 9am with a shipment of buffalo meat in his pickup van when the assailants started chasing him.

“There were around eight to 10 men. They shouted at me to stop my vehicle. Fearing for my safety, I sped up. I had just stopped my vehicle in Sadar Bazar when the men reached me and pulled me out of the truck. They thrashed me with iron rods saying that I was transporting cow meat,” Lukman told police.

When police tried to intervene, the youths attacked them and damaged their vehicle.