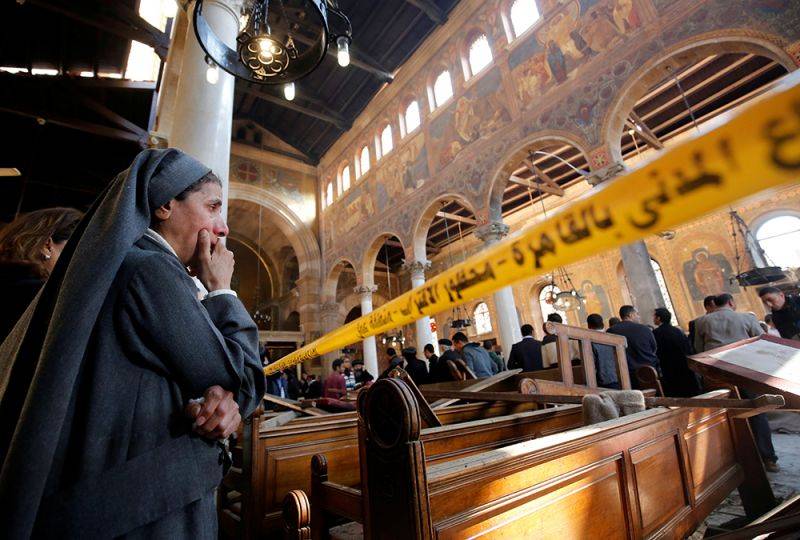 Sisi, who in 2013 led the ouster of democratically elected president Mohamed Morsi, leader of the Muslim Brotherhood, announced the "state of emergency for three months" in a defiant speech at the presidential palace after a meeting of the national defence council.

'A series of steps will be taken, most importantly, the announcement of a state of emergency for three months after legal and constitution steps are taken,' Sisi said in a speech aired on state television.

The emergency law expands police powers of arrest, surveillance and seizures and can limit freedom of movement.

At least 44 people were killed and more than 100 injured in bomb attacks on two Coptic churches in northern Egypt.

The first bombing, in Tanta, a Nile Delta city less than 100 kilometres outside Cairo, killed at least 27 and injured at least 78, Egypt’s Ministry of Health said.

The second, carried out just a few hours later by a suicide bomber in Alexandria, hit the historic seat of the Coptic Pope, killing 17, including three police officers, and injuring 35, the ministry added.

Daesh (ISIS) claimed responsibility for the church bombings that jolted the whole country on Palm Sunday (the Sunday before Easter).